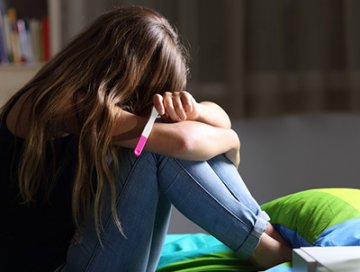 Teen pregnancy. It’s never a phrase that’s spoken with any level of pride and rarely without notes of pity or derision. With young parents – especially mums – being looked down upon by society as a whole, those who fall into the centre of this Venn diagram are particularly poorly received.

One way of mitigating the negative connotations of being a young mother is to get married. Marriage, as we’re often told by our neighbours across the pond, is the real foundation of a family, and faced with such an insistent narrative, it can be hard to decide against such a course of action. Grace, who I spoke to for some of my other blogs in this series, says this is exactly what happened to her. “If I hadn’t fallen pregnant there’s no way my (soon to be ex) husband and I would have gotten married. It was definitely a ‘stay together for the kids’ type thing.”

Unfortunately, as I’ve mentioned before, statistics show that the younger a couple marries, the more likely they are to divorce, and that’s not even including the extra pressure and potential complications brought about by becoming new parents. A marriage that’s based on a feeling of obligation sounds like neither a good idea nor something that should take place in this day and age.

And it turns out that’s exactly the case. In recent years fewer and fewer teenage parents have chosen to get married. The myth of the nuclear family unit – one mother, one father, and however many children – being the best way to parent has become increasingly destabilised, which is good news for both those who choose not to marry and divorcees, not to mention the LGBT community.

As time has passed we’ve learnt to uncouple parenthood and marriage and instead view them as distinct concepts which can but do not necessarily need to go hand in hand. On a final note, one statistic I’ve yet to mention is that teen pregnancy rates in the UK are the lowest they’ve been since records began. Times, and stereotypes, are clearly changing: younger people seem to be making safer, more informed choices about their family planning and sexual health, and those who do have children at a very early age are not feeling the pressure of inherited stereotypes when it comes to marriage.

Let them eat cake? Inside the world of divorce celebrations
This site uses cookies. Find out more. Continued use of this site is deemed as consent.   CLOSE ✖