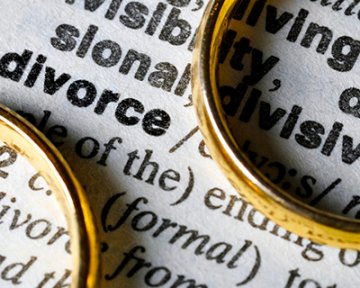 You hear it all the time: financially, millennials are doing far worse than the generation above them. There are so many disheartening statistics, from the claim that we will earn 25% less than our parents to the implication that people our age are unable financially to support children.

But is all this having an impact on marriage and divorce among millennials? Unsurprisingly, yes.

First of all, marriage. Recent statistics show that the average age for marriage in the UK is now mid-to-late thirties, which excludes the majority of those of us who count as millennials – roughly defined as those born between 1980 and 2000. Having spoken to a few people, it’s clear that money is a deciding factor where marriage is concerned.

Tom, 26, and Sarah, 28, are currently in a three year long relationship, and have no intention of getting married. “Weddings are expensive and essentially pointless – they just don’t mean anything. I suppose the point of it is to show commitment, but it just costs so much money. I don’t think you need to get married to prove you’re committed to someone.”

While of course weddings are only the start of a marriage, they’re still needed to get things going. Small ceremonies are of course an option, but not one that seemed popular among the people I spoke to.

Becky and Pete, an exception to the rule as recently married couple in their mid-20s, told me that their wedding was paid for almost entirely by Becky’s parents. “I think parents with traditional values would save for their daughter’s wedding. The family of the bride is usually the one who pays,” said Pete. Those of us without traditional parents, however, are going to have a lot more problems with the cost of a wedding.

And, unfortunately, the other side of this is divorce. The younger a couple marries, the more likely they are to get divorced, and while this may be a reason a great number of us are choosing not to tie the knot, for those who do, it is not without its financial difficulties.

If a couple is lucky enough to split amicably and do not need to rack up large legal costs fighting over the petition or the finances, there is still an administrative cost of £420 when applying for a decree nisi. But even with this potentially prohibitive cost, young people want to draw a legal end to marriages that aren’t working.

Grace, 30, and her husband split up nearly a year ago, and are seeking a divorce. “It’s important to me that we get this sorted out, but I still have rent to pay and kids to feed. We’re going to have to save up for it.”

So it seems that with money tight for the 18-35s, entering into a marriage is something most would rather avoid, but when it’s time for a marriage to end, the financial side of things is an irritating but necessary part of the proceedings.

Adultery still a criminal offence in Virginia
This site uses cookies. Find out more. Continued use of this site is deemed as consent.   CLOSE ✖