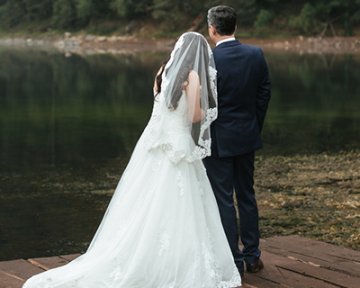 Even if you ascribe more to nature than nurture, the impact that our parents have on us cannot be disputed. From choice of career to more minute personality traits, parental influence is pervasive. But with marriage among millennials continuing to decline, does this influence extend to our views of marriage and divorce?

For those growing up in more traditional households, marriage may seem a natural part of life – indeed, some traditional families are likely to save for the weddings of any daughters they may have later down the line. For those from families with divorced parents, or just a less traditional background, the view is rather different.

“My parents split up when I was 11,” says Tom, 26, “They were never married and I think they made the right decision on that front. It was hard enough without any extra legal complications.”

Changing social habits, especially in regard to divorce, will naturally shape our perceptions and two key trends stand out: marriage is still declining among millennials, and on the other side of this, divorce is on the rise among older generations.

While this may go some way to explaining why millennials are less likely to tie the knot, it seems to have less of an impact on divorce. The younger a couple marries, the more likely they are to divorce, and while we can’t tell from these statistics whether or not parental expectations play a part for those who choose to stay together, examples can help to shed some light. For instance, Grace, recently separated and soon-to-be divorced, said:

Telling my parents was one of the hardest parts. It was an amicable split, my husband and I worked things out well between ourselves, but I think my parents were more invested in our marriage than we were. I think my mum worried that I was making the same mistakes as her when I decided to have kids young, but I’m happy with my life, and I hope she understands that, even if we’re not a perfect 2.4 family anymore.

Until someone sees fit to conduct some more research we won’t know for sure, but with the current statistics we do have and additional anecdotal evidence, there seems to be a pattern emerging. As with financial situations, when it comes to marriage, we’re far more influenced by our parents’ experiences than we are when it comes to divorce, where our own personal needs tend to come first.

You can read my previous blog on millennials here.

Parents, children and the presumption of advancement
This site uses cookies. Find out more. Continued use of this site is deemed as consent.   CLOSE ✖