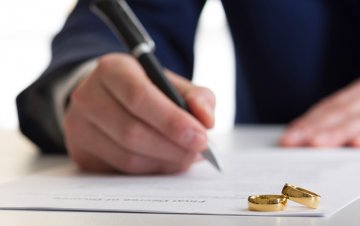 Michelle Young, estranged wife of property tycoon and ‘fixer’ Scot Young, has been granted a decree nisi by District Judge Heather MacGregor. Ms Young’s petition was passed uncontested in a mere 90 seconds. There will now be a six week wait until their marriage is officially dissolved by a decree absolute.

The Youngs had been married for 18 years and have two daughters, Scarlet and Sasha together. Having once led a jet-set lifestyle, owning six mansions in Belgravia and a yacht in Monaco, Michelle Young cited ‘unreasonable behaviour’ in her divorce petition.

Despite having been ordered to pay Ms Young £27,500 a month in maintenance, Mr Young has so far failed to pay anything, and faces arrears close to £1 million after claiming to have lost all of his £400 million fortune after a Moscow property deal fell through.

Complications arose when Michelle Young insisted that her husband had up to £2 billion secreted away in off-shore accounts, and had been lying about his true financial circumstances. Mr Scot continues to object to paying for divorce proceedings, writing: ““I am technically insolvent, but if my financial position changes I am happy to pay.”

Scot Young was jailed in January 2013 for two counts of contempt of court after failing to produce paperwork to back up his lost fortune claims. The decree nisi has gone ahead while he remains in prison. The suspended committal to prison which was crystallised in Mr Young’s prison sentence was obtained for Mrs Young by Vardags.

Michelle Young has asserted: “I suffered insomnia, as did the children, as a consequence of the respondent’s abusive behaviour.”