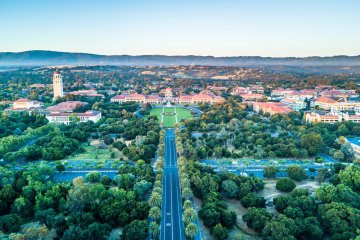 Last week I wrote about the newly-published findings of a study entitled ’How couples meet and stay together’. It found that while women are more likely than men to initiate divorce, non-marital break-ups were more gender neutral.

I caught up with the study’s Principal Investigator, Michael Rosenfeld, who is Associate Professor in Sociology at Stanford University in California, to ask him some quick-fire questions about marriage, Ashley Madison and the state of the modern family.

In response to the findings of your study ‘How Couples Meet and Stay Together’, you draw the conclusion that there’s still a lot of gendered baggage attached to marriage. Do you think marriage is fundamentally an outdated institution, or can/should it adapt?

Given the recent Supreme Court ruling on gay marriage in the States, is it possible that the extension of the right to marry to same-sex couples will help change rigid gender roles for heterosexual couples?

Gender roles within heterosexual relationships have been very slow to change over time, but I do believe that roles are slowly changing towards greater acceptance of egalitarianism.

You’ve conducted research into online dating, and discovered that its impact has been huge – particularly for same-sex couples who overwhelmingly meet online these days. What do you make of the ever-changing digital dating scene – is it giving us a richer choice of partner or is it undermining old-fashioned romance?

Has the Ashley Madison hacking scandal challenged social attitudes to monogamy and infidelity? Are we becoming more permissive or more puritanical?

Public opinion about marital infidelity has not changed much over time. Americans have become more tolerant of premarital sex, but not more tolerant of extramarital sex. We still believe in the idea of monogamous marriage, and to a large extent we enact those beliefs. I think the Ashley Madison hacking scandal is overblown in the media. When the dust settles, we will find that the number of married men who had actual affairs (rather than simply text flirtations) through Ashley Madison will have been modest.

You’ve written that there’s a history of women in the US being the predominant divorce initiators going as far back as the 1940s. Do you believe that wives back in the 1940s and 50s were motivated by the same factors as wives today (domestic dissatisfaction, drudgery etc.) even though women would have had far less expectation of work outside the home back then?

That is a great question and I don’t know the answer.

At Vardags we indeed find that women tend to initiate divorce far more often than men. In your view, what does motivate men to seek divorce?

Another good question I wish I had the answer for. The ‘How Couples Meet and Stay Together’ data has so far recorded only 18 divorces that were wanted exclusively by the husband (out of 92 divorces), so I don’t have enough data to say much about why men wanted divorce. Cheating, lying, and stealing are the largest reasons that people (in general) want divorce.

Have hectic modern work schedules made it harder for families to manage a work/life balance?

This is another really interesting question that might be better asked of someone who studies time use data. There is a good book about time use, Bianchi, Suzanne, John P. Robinson, and Melissa A. Milkie. 2006, The Changing Rhythms of American Family Life, New York: Russell Sage Foundation.

We still don’t have ‘no-fault’ divorce in England, whereas all 50 states of America have some provision for this. Do you have any thoughts on fault-based divorce systems – do you think they cause unnecessary acrimony in the families of divorcing couples, for example?

The change of the US divorce system from fault-based to no-fault started around 1970. I do not know of any data that would allow us to determine whether divorces were more acrimonious before 1970. I think the main reason for having no-fault divorce is to prevent either spouse from keeping their unhappy partner in the marriage against their will.

Do you think divorce is necessarily detrimental to children?

This is an interesting question that has inspired a lot of research over the years. Divorce is not necessarily detrimental to children. There is classic research using longitudinal British data, see citation below, showing that most of children’s disadvantage associated with divorce was present before the divorce, because the couples who do divorce tend to have family problems before the divorce (which is part of why they wanted to divorce in the first place). When the divorce breaks up a marriage that involved violence, instability, or cruelty, then divorce is almost certainly a positive for the children in that household. A lot of the effect of divorce on children depends on how stable the children’s post-divorce family life is.

Does studying patterns of human behaviour in relation to family life and relationships makes you over-analytical of your own personal relationships and social interactions? Can you leave the job behind when you’re not at work?

I am happily married! Doing research on marriage and family data simply reinforces to me how lucky I am!

The updated paper about gender roles and breakups can be found here.

The Barder principle and its uses in family law
This site uses cookies. Find out more. Continued use of this site is deemed as consent.   CLOSE ✖