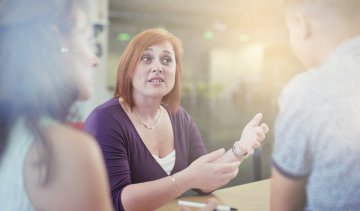 Section 10 of the Children and Families Act 2014 makes it compulsory for individuals to attend a family mediation information and assessment meeting (MIAM) before making a family application to the court. However, there has been some doubt as to whether the legislation has been effective in ensuring mediation is tried by those looking to make this application. Recent figures obtained by National Family Mediation (NFM) have further highlighted the failings of the 2014 legislation.

Three years after it became compulsory for separating couples to consider mediation before going down the court route, data obtained by NFM has found that only four in ten are complying with the landmark legislation. This means six out of ten separating couples are ignoring the 2014 statute. This tells us that not only have the majority of separating couples not tried mediation, but they have not even attended the compulsory initial meeting to explore the possibility of mediation. NFM Chief Executive, Jane Robey, has said:

“Ministers need to get to grips with what’s going on and explain these figures. Until they do so, the 2014 legislation, though well-intentioned, will be seen as a failure.”

What is a Mediation Information and Assessment Meeting (MIAM)?

The Ministry of Justice has set out in Practice Direction 3A additional guidance regarding MIAMs and explain what a MIAMs is in paragraph 3:

’A MIAM is a short meeting that provides information about mediation as a way of resolving disputes. A MIAM is conducted by a trained mediator who will assess whether mediation is appropriate in the circumstances. A MIAM should be held within 15 business days of contacting the mediator.’

While mediation itself has not been made compulsory, having an initial meeting with a mediator to explore the merits of mediation is.

Why should separating couples try alternatives before going down the court route?

There is a general consensus between the Ministry of Justice and the NFM that separating couples should try mediation before heading down the court route. Practice Direction 3A begins to set out the reasoning behind the 2014 legislation encouraging couples to explore the option of mediation stressing that many disputes are best resolved through discussion and agreement. The Direction also states that if mediation is not suitable, the mediator is able to discuss other forms of dispute resolution.

However, mediation is not the only alternative route to going through the courts. Arbitration and private Financial Dispute Resolution are often a more desirable approach, especially where there are complex financial issues which require a high-level legal practitioner to advise on (e.g. a silk or retired judge in private FDRs). The benefit of a private FDR over mediation is that the judge can be selected to ensure they have experience in dealing with the financial complexity of the case before them and can use their vast knowledge to advise and guide the parties towards an agreement that the law deems to be fair and correct. If an agreement can be achieved this way without the months of waiting for listed court hearings and the expense that incurs, this reduces the pressures on the family courts and allows separating couples to move on with their lives as quickly as possible.

What do the statistics tell us?

Figures published by NFM in June 2017 show that in 2016 over 60 percent of couples ignored the 2014 statute; only 35,627 out of 90,000 applications for private law proceedings to a family court were followed by a MIAM. The latest Family Court Statistics Quarterly, England and Wales, for January to March 2017 show that the number of cases starting in family courts are increasing, driven by an upsurge in financial remedy and private law cases. This seems to be occurring against a backdrop of a decrease in the number of divorces, showing that parties still rely on the courts to deal with finances. With cautious government spending leading to a squeeze on court resources, these statistics suggest that this budget is only going to become more stretched and waiting times longer if the number of separating couples deciding to pursue the court route continues to increase. However, the latest statistics showing attendance at MIAMs suggest that people feel that mediation is often not the right alternative to the traditional court process.

Why is mediation being underused?

Following the NFM’s findings, the Chief Executive was clearly concerned that the legislation was not effective in over half of cases. She commented that this may be down to the attitude of solicitors:

“We are certainly seeing an increasing number of clients who have been told by their solicitor “go and see a mediator, get your form signed, and then we can go to court”. Those solicitors are treating the new law like a box-ticking exercise.”

“There is absolutely no evidence that courts are using their powers to direct people to attend a meeting with a mediator and instead the courts allow the system to remain clogged up when there are effective alternatives available.”

The NFM’s findings suggest that solicitors do not always feel that mediation is the most appropriate or cost-effective route for their clients to pursue. This may be for a variety of reasons. One reason may be that it is not designed to deal with complex financial circumstances with many issues and disputes e.g. where there are disputes regarding valuations or full disclosure of assets. Therefore, if there is more than one central issue that needs resolving, mediation is unlikely to be the most suitable route to take in order to successfully reach an agreement outside of court. This is not to say, however, that mediation cannot be successful in cases where the finances are relatively straightforward.

It is important, with the courts at breaking point, that separating couples are fully aware of the advantages of alternatives to court. Mediation would perhaps be considered more seriously if the courts committed to not listing hearings until both parties have attempted mediation. Where mediation would not be suitable, the advantages of another alternative should be explored before it is decided that the court is the only option.

“Mediation enables and empowers families to take control over their own destiny, rather than handing it over to a family court judge.”

This is one thing that mediation, arbitration and private FDRs have in common. They allow separating couples to retain autonomy over decisions regarding their own finances and contact with their children, whilst avoiding the long waiting times for court hearings. Further, they provide a discussion forum with a trained mediator or experienced barrister or judge, who can provide advice on the law and guidance throughout the discussions. Only where there is no chance that the couple will ever come to an agreement or where the exceptions in Practice Direction 3A are applicable, should the court system be used as the last resort.

A meeting, now required by the courts in most cases, to see if mediation is a suitable way of resolving the case.
“Ayesha Vardag - Britain’s top divorce lawyer.”

Court of Appeal departs from equal sharing principle for successful business woman
This site uses cookies. Find out more. Continued use of this site is deemed as consent.   CLOSE ✖