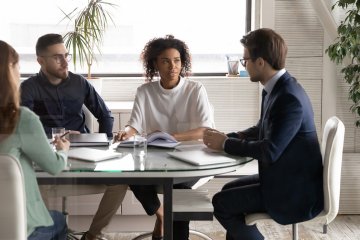 Since the changes to legislation in April 2014, divorcing couples have been required to attend a Mediation Information and Assessment Meeting (MIAM) before their case can be brought to court. This measure allows for private negotiation to take place before a neutral mediator where each is afforded decision-making power. Alternative dispute resolution (ADR) such as mediation is often a quicker, more cost-friendly and amicable way to settle. However, the most recent statistics demonstrate that, despite being on statutory footing, mediation is yet to be fully utilised as a trustworthy form of dispute resolution.

The increased judicial and statutory support for ADR has not alleviated the growing pressure on the family courts as the recent statistics bulletin, published by the Ministry of Justice, demonstrate a 10 percent increase from the previous year in cases beginning in the family courts. This figure rises to 16 percent for private law cases. This begs the question as to whether mediation is being fully utilised and, if so, if it is a fundamental aspect of the separation process or merely a fad.

Such figures are suggestive that divorce, separation, financial remedy and child proceedings are consistently and predictably increasing in a trend that is likely to continue. Yet it is also apparent that a portion of these claims could often be diverted towards mediation and arbitration. However, the wealth of applications brought before the courts suggests a reality where mediation is often circumvented or unsuccessful. Indeed, National Family Mediation declared that only one in five divorcing couples are actually adhering to the requirement of attending the Mediation Information and Assessment Meeting (MIAM).

Evidently, there is a commonly held reservation as to the reliability of this medium in relation to familial separation. Yet, it is held in Halsey v Milton Keynes General NHS Trust that one cannot be forced to mediate as this may infringe an individual’s rights under Article 6 of the European Convention of Human Rights (right to a fair trial). However, Lord Justice Dyson strongly promoted ‘robust’ encouragement of ADR in the hope that ‘the need for such encouragement should diminish in time if the virtue of ADR in suitable cases is demonstrated even more convincingly than it has been thus far’ (paragraph 11). It is clear that ADR is yet to find a firm foundation of reliability.

In view of the Legal Aid statistics for April to June 2016, the figures indicate that 62 percent of mediation outcomes within the ‘all issues’ category (involving both children and financial matters) were successful in settling disputes. Equally, mediation is often favoured by celebrities and those concerned over the speculative eye of the media. Celebrity divorces that have successfully avoided the court room include Ben Affleck and Jennifer Garner, and Gwyneth Paltrow and Chris Martin. Not only did this approach protect the two parties’ private details but their children were also shielded from the publicity and exposure a court case can bring.

The decision to divorce is a difficult one to make and it is common for each side to wish to proceed amicably and to come to a fair agreement sooner rather than later. In light of costs, privacy, timespan and amiability, it may be worth considering the less familiar path of mediation before resorting to the courts.

Does love Trump politics? Brexit, the US election and divorce
This site uses cookies. Find out more. Continued use of this site is deemed as consent.   CLOSE ✖