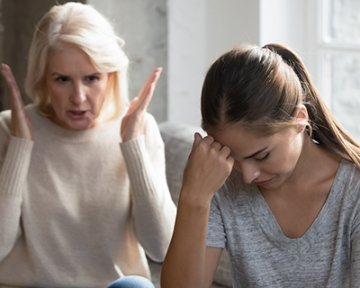 Overbearing in-laws are well-documented, but a recent case in New York takes the proverbial cake.

Grandparents Hershel and Ophira Gottlieb of Edison, New Jersey, found themselves on the wrong side of Manhattan Supreme Court Justice Ellen Gesmer after apparently dragging out their son’s divorce proceedings in order to influence custody decisions for their eight year-old granddaughter.

The Gottliebs’ son, Michael, aged 34, had been going through a divorce from his wife Lauren Appel, whom he married in 2005. Their marriage broke down when Michael suffered a brain aneurysm in 2008, and his wife quarrelled with the elder Gottliebs over his care. It seems, then, that the wheels of friction and disorder were in motion even before their marriage came to an end.

The judge was not impressed by the elder Gottliebs’ antics, which, it seemed, amounted to butting in with the purpose of prolonging proceedings. This was particularly galling as this case should have been relatively straightforward: the husband was not seeking to fight for custody of the child. The grandparents’ actions, then, seem to be motivated by a desire to remain in contact with their granddaughter.

According to the judge’s ruling, “The paternal grandfather . . . directed to ‘go after the mother with a vengeance’”. As a punitive measure, Justice Ellen Gesmer slapped the grandparents’ lawyers with a $317,000 fine (£207,172 at time of writing). Furthermore, she referred the lawyers – Abe Konstam and Madeline Nisonoff – to the state disciplinary committee on the basis that they were “evasive,” “uncooperative” and “not credible”.

Justice Ellen Gesmer’s ruling comes two years after she fined the elder Gottliebs themselves over $200,000 for failing to disclose information about who was paying their son Michael’s court fees.

Neither the elder Gottliebs nor their lawyers have put their side of the story to the press yet, but according to the New York Law Journal, Konstam is planning to appeal the decision.

Ashley Madison hotspots: London in 9th place
This site uses cookies. Find out more. Continued use of this site is deemed as consent.   CLOSE ✖