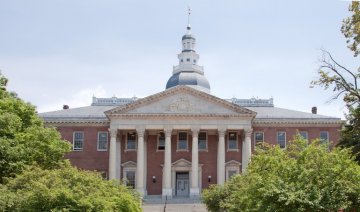 A bill that would have allowed rape survivors in Maryland to terminate their rapist’s parental rights if the attack results in a child being born failed on Tuesday, the last day of the General Assembly’s 2017 legislative session.

The Rape Survivor Family Protection Act, introduced by state delegate Kathleen Dumais, would have provided women with legal recourse to put an end to this. Under the Act, parental rights could be barred if the father is convicted of rape, or once the mother presents evidence before the family court that she did not consent to sex.

This was the ninth time that Del. Dumais has attempted to pass the bill into law. After being unanimously approved by the House, a different version of the bill passed through the Senate, which was also approved. However, due to the "substantial differences" between the two bills, a five person negotiating committee was tasked with deciding on a single bill. Much to the chagrin of many of the bill’s supporters, not one woman was invite to sit on the panel selected by Del. Joseph F. Vallario Jr., chairman of the House Judiciary Committee, and chairman of the Senate Judicial Proceedings Committee Sen. Robert Zirkin.

The Baltimore Sun, Sen. Cheryl Kagan, who attended the conference, described the lack of female committee members as "tone deaf".

lso participating in the conference was Del. Dumais who was not permitted to partake in the committee in order to preserve impartiality, according to Del. Vallario. For her part, though, Del. Dumais claims that she has sat on committees for bills as primary sponsor before.

The bill is unlikely to be resurrected before the next General Assembly session in January 2018 unless a special session is called.

Effectively forced to maintain contact with their rapist, survivors will continue to risk being re-traumatised.

The treatment of victims of abuse in the family courts has been also been a hot button issue in the UK recently due to same concerns, though here the focus has been on the cross-examination of victimsby alleged perpetrators in cases involving domestic violence. In January, the Minister for Courts and Justice, Sir Oliver Heald, pledged to see the practice banned, as Justice Secretary Liz Truss and the President of the Family Division Sir James Munby called for reform. Though legislation was tabled to end the practice, the government announced that it would be postponed pending the 2017 general election.

One hopes that, both in the UK and across the Atlantic, the urgency to ensure that survivors of abuse are not revictimised by the justice system is not underestimated.

University of Exeter publishes interim findings from fault-based divorce research
This site uses cookies. Find out more. Continued use of this site is deemed as consent.   CLOSE ✖