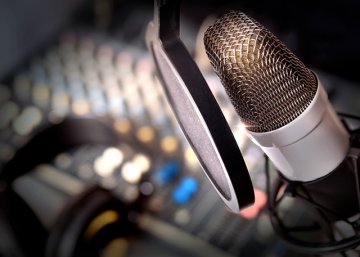 Since divorcing her manager-husband, Martin ’Kendu’ Isaacs, in June, Mary J Blige has very publicly voiced her displeasure over her ex-husband’s demand for spousal support.

The nine-time Grammy award-winning singer has been opening her concerts with images of tabloid headlines reporting his request - $129,319 per month. Mr Isaacs has declared the move to be part of a a "public campaign to destroy" his reputation.

Back in June US gossip website TMZ reported that when filing for divorce Blige requested that the judge block her ex-husband%27s bid for spousal support on the basis that the couple had signed a prenuptial agreement two days before their wedding in December 2003. However Mr Isaacs claims that it is invalid because he did not have a lawyer present.

Mr Isaacs filed for maintenance so that he could keep living in the lifestyle to which he had become accustomed over the course of his 13 year marriage to Ms Blige. Since then Ms Blige has asked the court to delay a spousal support hearing until February so that she and her lawyer are able to be in attendance. However Mr Isaacs has argued that if the hearing isn’t held next month he will run out of money to live on. Mr Isaacs earned $46,204 per month as his ex-wife’s personal manager before their marriage crumbled.

Mary J Blige isn’t the first high-earning celebrity woman to begrudge her husband spousal support. After their seven year marriage ended with his affair in 2008, Reese Witherspoon requested the judge block the unfaithful Ryan Philippe from receiving spousal support when he could have been entitled to half her fortune under Californian law.

In 2010 after a similar cheating scandal, Sandra Bullock filed for divorce from biker Jesse James. However it was Jesse himself who announced that he would not file for spousal support. His noble gesture however was somewhat misplaced - in Texan law you don’t qualify for spousal support until after ten years of marriage.

Alabama marriage licence prohibition rages on
This site uses cookies. Find out more. Continued use of this site is deemed as consent.   CLOSE ✖