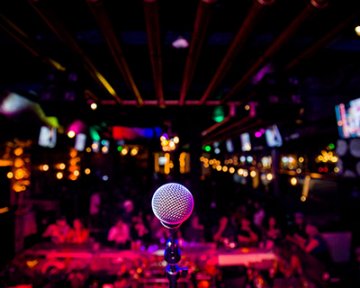 The pair married 12 years ago after meeting in 2000 while Isaacs was producing a song for Queen Latifah which featured Blige. They married three years later and have had no children, though Isaacs has three children, Briana, 18, Jordan, 16, and Nas, 15, from a previous relationship.

Two years ago, Blige spoke to The Telegraph about her marriage, saying “It definitely feels like an achievement. I never thought I’d last this long in a marriage. He always has my back – he’s going to fight to the death for Mary J Blige. The downside is that there’s no separation – it’s on all the time. When you don’t feel like answering to your manager, he’s still your husband.”

A spokesperson for Blige issued the following statement in the wake of the announcement:

“Ms. Blige is saddened to say it is true that she has filed for divorce, saying sometimes things don’t work how we hoped they would. But there is a divine plan and a reason for everything. Mary will continue writing and working on her album, which is due out later this year along with her world tour. She thanks and appreciates her fans for their support and love through this very difficult emotional time.”

It’s not clear whether Isaacs will continue to manage Blige, but the singer has asked the courts to deny spousal support.

Blurring the lines between the marital and the professional is not always easy. Earlier this week Sharon Osbourne announced she would remain Ozzy Osbourne’s manager in spite of his sex addiction, while last year Nigerian singer Tiwa Savage fired her husband/manager after the breakdown of their marriage.

Christina Estrada faces having to sue her own daughter to get divorce award
This site uses cookies. Find out more. Continued use of this site is deemed as consent.   CLOSE ✖