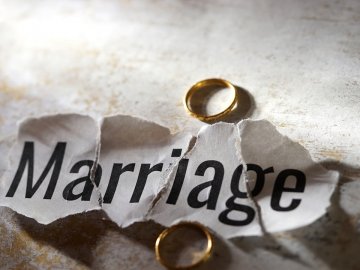 It is sadly not uncommon for couples to come to see their marriage as a mistake. For some celebrities, this can happen within a matter of hours, whilst for the so-called “silver splitters” it may come after decades together. For a handful of couples, however, the court has ruled that their marriage was founded on a literal mistake, rather than a regrettable decision.

Much like a contract, in select circumstances a marriage can be declared void because it rested on a fundamental mistake or misunderstanding at the time the couple were joined together. Where this occurs, it can result in the annulment of the marriage rather than divorce.

To successfully obtain such a nullity, the mistake must be so serious as to undermine the mistaken party’s consent to the marriage. The categories of mistake which the court accepts are limited as, as Sir William Scott (later Baron Stowell) said of a groom in an 1807 case “the law presumes that he uses due caution in a matter in which his happiness for life is so materially involved”.

The main reason for marriage to be invalidated due to mistake is mistaken identity. This may sound absurd, but in 1994 a marriage was annulled because the groom, an illegal immigrant, had attempted to get married under a false identity. This fraud on his part was sufficient to nullify the marriage at the wife’s request.

The court will not intervene where the party has been disingenuous about their fortune, status or moral character, however. Applications for nullity have been rejected where one party attempted to pass themselves off as scions of grand families or to hide their roguish pasts without actually adopting a false identity. As with contract law, the courts believe that buyers should be wary when it comes to their spouses claims about their social standing or personal qualities.

Marriages can also be annulled where a party is mistaken as to the nature of the ceremony, for example where they earnestly believe that it is a mere betrothal ceremony. There is no get-out, however, for those who “intend the marriage to take effect in some limited way or that one or both of them may have been mistaken about or unaware of some of the incidents of the status which they have created.”

Where the party is mistaken as to the effect of the ceremony, the court will not free them from the consequences of their mistake. The marriage will stand as valid, even if the petitioning party was confused about what exactly they were entering into – including in one strange case where the husband thought he was entering into a polygamous Rhodesian marriage which turned out to be monogamous.

You may consider your marriage to be a mistake, but the court employs a strict legal definition. Hasty marriages will not be nullified, nor will those to duplicitous bounders. Where a marriage involves a real mistake or a party’s consent is obtained by fraud, the court may step in to declare it null and void. For everyone else, it will be necessary to petition for a divorce.

Courting publicity: managing PR and privacy in high profile divorces
This site uses cookies. Find out more. Continued use of this site is deemed as consent.   CLOSE ✖