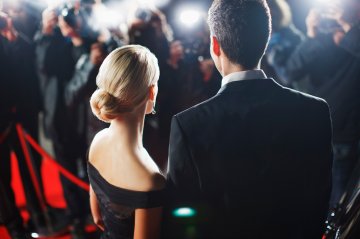 Celebrity couples are twice as likely to see their marriages end in divorce as their non-famous counterparts, new research from the Marriage Foundation claims.

The thinktank, which was founded by former high court judge Sir Paul Coleridge in order to promote marital stability, conducted research into 488 celebrity couples who married between 2001 and 2010, tracking the progress of their marriages.

They found that the divorce rate among them was 50 per cent, nearly double the national average over that time period, which stands at 25 per cent.

The celebrities whose marriages were followed include Britney Spears and Jason Alexander, Drew Barrymore and Tom Green as well as Eminem and Kim Mathers and Nicholas Cage and Lisa Marie Presley. In fact, Britney Spears appears twice in the report, having also been married to Kevin Federline for three years.

Usually people with huge wealth are cushioned from the kind of stress and tensions that can lead to family breakdown. So it would be reasonable to think that wealthy celebs would have the lowest rates of divorce. In fact the reverse is true. Celebrities as a group divorce at roughly double the rate of us ordinary mortals.

The research also found that celebrity marriages were more vulnerable to breaking down in the early years of the union. During the first year of marriage, celebrities are six times more likely to divorce than their non-famous counterparts.

This point may be misleading, however. The higher proportion of celebrities divorcing in the first year of marriage – which the survey puts at 4 per cent in contrast to ordinary British couples, which sits at 0.8 per cent – may of course have something to do with the fact that many of these celebrity marriages and divorces, among Hollywood stars, were conducted in America; in England and Wales it is not possible to petition for divorce within the first year, though you can be granted a judicial separation.

Although this research might look like some excuse for gossip about hapless celebrities, it is much more serious than that. Whether we like it or not we all are celebrity watchers to a greater or lesser extent and some, especially the more disadvantaged, are inevitably impressed by their way of life. Celebs become, no doubt involuntarily, high profile role models. But this research shows that in their domestic lives these people experience even more pain and suffering than us lesser mortals and in this respect at least their lives are not to be copied or envied. They are false icons who are subject to even greater pressures to separate. They may dazzle us with their £100,000 fairy story weddings, fifteen-tier cakes and house-drawn carriages but all too often these weddings are followed, in quick succession by a bitter and tortuous fallout and divorce played out in the public eye in grisly detail. And behind too many of these high profile family breakdowns sits a set of confused and distressed children who have felt the two tectonic plates of their lives pulled apart under the full scrutiny of the media.

On a happier note, some of the longer-lasting couples include Harry Potter author J.K Rowling and her husband Neil Murray and former James Bond actor Pierce Brosnan and wife Keely Shaye Smith. It is also interesting to note that many of the couples on the ‘still together’ list hailed from the UK or Ireland, while many of the worst offenders on the ‘divorced’ list are from the United States.

Interview with Professor Rosemary Hunter
This site uses cookies. Find out more. Continued use of this site is deemed as consent.   CLOSE ✖