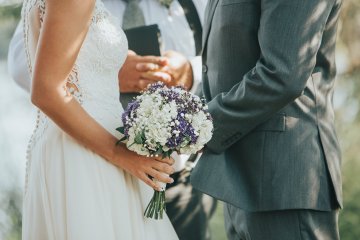 For the past five years I’ve had some variation of this conversation with friends of mine. In case you couldn’t guess, the subject of the conversation is always the same: wedding invitations.

The wedding invitation conversation usually has other details: What venue have they chosen? Have you seen the ring? Is there going to be an open bar? Earlier this year, Brides Magazine suggested that, as of 2016, a wedding should cost over £30,000.

It begs the question – do young people place more value on the wedding than the marriage itself?

We live in a culture that puts a lot of emphasis on weddings: that a magazine even exists to tell brides how much they should be spending on their wedding is just the tip of the iceberg. Both in the UK and the US there are numerous TV shows dedicated to wedding culture, from Don’t Tell the Bride to Say Yes to the Dress, and ending with a wedding has been a staple of romantic comedies for years (although to be fair to the genre, this is actually one of the rules of comedy going back to the Greeks).

Recently married Becky and Pete, both in their early twenties, don’t think marriage should be defined by a wedding. "The wedding is just the icing on the cake," Pete says. Becky agrees, adding, "it would be just as nice if people all brought a dish, rather than expecting to be fed". The trouble is, not everyone shares their views. Many young people are choosing not to marry because they can’t afford the cost of a lavish wedding, and as we’ve noted before, those who do marry young are more likely to divorce.

Could it be that placing the emphasis on the wedding rather than the marriage is what’s pushing up the rate of divorce?

Well, perhaps. There’s certainly an odd disparity between our obsession with weddings and the fact that people my age are less likely to commit to any relationship, let alone a marriage. However, recently engaged Josh doesn’t think this theory holds much weight when it’s actually put to the test: "Weddings are lovely, I’m sure I’m going to enjoy mine no end, but if I just wanted a party I’d have a party. I proposed to Sarah because I want her to be my wife – honestly, us young ‘uns are not as stupid as everyone likes to think".

Gwen Stefani leaves Gavin Rossdale with less than half in their divorce
This site uses cookies. Find out more. Continued use of this site is deemed as consent.   CLOSE ✖