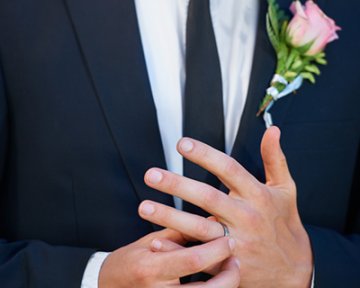 The Office of National Statistics has revealed that in England and Wales there were 23.8 million married people in 2015. In comparison, there were 28.4 million people ‘living as a couple’ -4.6 million more cohabiting couples than married couples. It is becoming increasing clear that cohabitation is the favoured form of partnership.

Marriage has been in steady decline since 2002, which Pamela Cobb, Office of National Statistics, considers is associated with the rise in cohabiting amongst those who have never married or formed a civil partnership. The Families and Households review by the Office of National Statistics in 2015 also showed that cohabiting couple families are the fastest growing family type in the UK. Cohabitation has many legal pros and cons and a Cohabitation Rights Bill has got as far as a second reading in the House of Lords. However, it is looking increasingly likely that this Bill will not progress any further. The Bill aimed to establish a framework of rights and responsibilities to provide basic protection for cohabitees. It would have enabled couples who have lived together for at least two years, or who have a child together, and who had become dependent on their partner financially to make legal claims against each other in a similar manner to divorcing couples.

It therefore looks unlikely that cohabiting couples will be afforded any legal rights against each other any time soon, despite the preference for such living arrangements amongst adults. Whether or not this is a bad thing is open to debate. It would of course be interesting to find out why so many couples are choosing to cohabit rather than marry. Is the generation hit hardest by the recession unable to afford the costs of a wedding, thus preventing people from taking that step or have they chosen not to tie themselves to each other financially? The stats speak for themselves but the reasoning behind choosing such living arrangements is up for speculation

Other key statistics to note

Following the introduction of the Marriages (Same Sex Couples) Act 2013, the first statistics have come through for the number of people aged 16 or over in same sex marriages. The numbers show that 26,023 people were in a same sex marriage in 2015, which is 0.1% of the population.

There were also more female divorcees than males, following the trend that men are more likely to re-marry after a divorce than females. In 2013 the remarriage rate for males was 25.3 in every 1000 compared to 12.2 per 1000 in females.

British woman fighting for legal right to give birth to her own grandchild
This site uses cookies. Find out more. Continued use of this site is deemed as consent.   CLOSE ✖