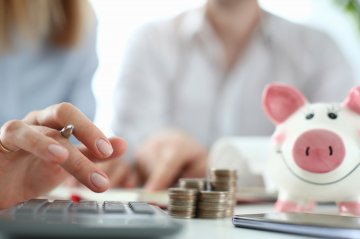 Following David Cameron’s drive to promote and encourage marriage during his tenure as Prime Minister, a tax break was introduced by the Conservative government in 2015 with the aim of helping couples where one partner is a basic rate taxpayer and the other is a non-taxpayer. Marriage Allowance works by enabling the lower earner to transfer unused tax-free allowance of up to 10% to the higher earning partner.

Despite the simplicity of the application process and HMRC’s advertising efforts, recent figures obtained by Royal London through a Freedom of Information request show that this tax break has only been claimed by approximately half of the couples estimated to be eligible to apply. As a result, over 2 million couples are missing out on a perk which could, at current tax rates, reduce tax by up to £230 a year. Given that it is possible to backdate to 2015 provided that the criteria for those years are satisfied, couples claiming for the last three years could benefit by £662. This means that, collectively, over £1bn has gone unsaved.

Who is eligible for Marriage Allowance?

Applications for the tax year 2017-2018 can be made by anyone who meets the following criteria:

Whilst it is possible to backdate, the criteria will be slightly different for previous tax years. The non-taxpayer must have been earning less than £11,000 to qualify for 2016-2017, and £10,600 to claim for 2015-2016. The higher earner must have been a basic-rate taxpayer for the years for which the marriage allowance is being claimed. The time limit for claiming for a particular tax year will be 4 years.

The application can be completed online here and it must be completed by the non-taxpayer. To apply, the non-taxpayer will need their own and their partner’s national insurance numbers and also any form of ID from the given list. This list is conveniently broad and includes passport number and expiry date, details from any of the 3 most recent payslips, and the last 4 digits of any account that pays interest.

Once it has been submitted, an email will confirm the application and the allowance will then be transferred to the higher earner by cheque. The application does not need to be repeated annually as the allowance will automatically be transferred every year unless it is cancelled by the couple or circumstances change, for example because of divorce, death, or changes in salary affecting eligibility.

It is unclear whether HMRC’s advertising campaigns are failing to reach the intended recipients or whether those who are eligible are choosing not to apply. However, with the simplicity of the online process and the money that could be saved over the course of a marriage, it is definitely a tax break worth taking advantage of if you meet the criteria.