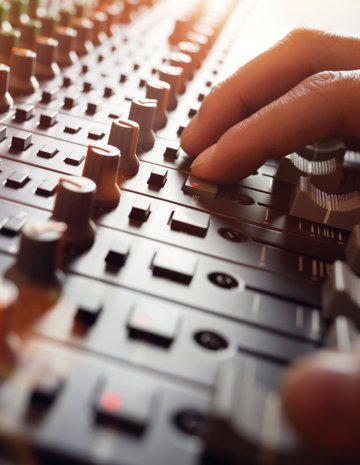 Grammy-winning producer, Mark Ronson, is getting divorced from his model and actress wife, Joséphine de La Baume after five and a half years of marriage. She filed the divorce petition, citing ‘irreconcilable differences’ as the reason for the split.

Ronson, 41, best known for his collaborations with artists such as Amy Winehouse and Bruno Mars, and La Baume, 32, who made her mark modelling for Agent Provocateur, started dating in 2009. After being presented with a yellow diamond engagement ring, designed by the DJ himself, the pair married in September 2011 in a villa in Aix-en-Provence in the South of France. As to be expected of a man who appeared on Debrett’s 2017 list of the most influential people in Britain, the wedding was a very stylish affair with A-list attendees such as Kate Moss and Lily Allen.

In her petition for divorce, La Baume cited ‘irreconcilable differences’ as the grounds for divorce with the date of separation marked as 21st April 2017. In England, spouses cannot file for divorce on the basis of ‘irreconcilable differences’, but have to prove ‘unreasonable behaviour’. Rather than accepting that a marriage has come to an end because the couple are no longer suited, in the UK spouses are encouraged to attribute blame on the other party in order to secure a divorce. This results in what could have been amicable splits turning into acrimonious legal battles. At Vardags, we champion ‘no-fault divorce’ so that couples, like Ronson and La Baume, can separate without pointing fingers.

Ronson and La Baume had no children together but the model is expected to seek spousal support. Both parties are yet to comment officially on the divorce but the only mention was seen on Ronson’s Instagram, showing that although his love life may be on the rocks, his passion for music hasn’t skipped a beat:

‘You know you’re in a fragile state when a smooth jazz version of Chaka Khan’s Sweet Thang caresses your soul like an old friend.’

India’s Supreme Court decides whether to ban triple talaq
This site uses cookies. Find out more. Continued use of this site is deemed as consent.   CLOSE ✖