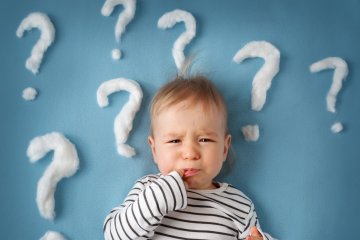 Last week, a 21-year-old Lancashire man received a letter from the Home Office informing him that that he had "no lawful basis to be in the UK" and must take steps to leave, on the grounds that he is not a British citizen, despite having lived there his entire life.

Shane Ridge claimed that until August he had assumed that he was a British national. His mother, father and grandparents are all British, though his mother holds dual-citizenship as she was born in Australia while her family were holidaying there. Mr Ridge’s birth was registered, and his birth certificate signed by his British father.

In this case, it quickly emerged that the Home Office had made a mistake, for which they issued an apology. They released a statement to say that it had failed to "identify that his maternal grandmother was British and that as a result his mother had settled status in the UK at the time of his birth.”

Before the error was revealed, the whole fiasco initially appeared to boil down to the fact that his mother and father were not married when Mr Ridge was born. Prior to 2006, a child could only be automatically granted British citizenship through their father if the parents were married. Again, this is not relevant to Mr Ridge, as his mother had settled status in the UK when her son was born, automatically granting him British citizenship through her. However, had the mother not had settled status, as the Home Office initially thought, the fact that his parents were unmarried could certainly have presented citizenship issues.

As established above, before 2006 children born out of wedlock were not automatically entitled to British citizenship through their father. Amendments to the British Nationality Act 1981 changed this so that children born in the UK to British fathers and foreign mothers on or after 1 July 2006 would be British citizens irrespective of whether their parents were married.

Children born prior to this date could make an application to register as a British citizen, but this would be subject to the discretion of the Home Office and could only be made while the child was under 18. Section 65 of the Immigration Act 2014 removed this restriction, allowing adult children with unmarried British fathers to apply for citizenship, though this change did not apply retrospectively.

So, while children born on or after 1 July 2006 needn’t worry about their citizenship status if they have a British father, there may well be adult children whose parents marital status prevented them from applying for British citizenship in the past, but are now able to make an application.

Getting married after having children

While parents’ marital status no longer impacts their children’s citizenship rights, it can still have implications on birth registration. If an unmarried couple have a child, and later decide to wed, they must re-register the child’s birth after their marriage. This little-known law made headlines last week after a link to the government’s LA1 form began circulating among Facebook groups, eliciting alarm and confusion from some parents.

As Vardags director and Head of the Manchester Office Emma Gill explained to Prima magazine, the law is the result of an "archaic combination of the two pieces of legislation from 1953 and 1976". Here, Emma is referring to the Birth and Deaths Registration Act 1953 and the Legitimacy Act 1976, the latter of which states that it is "the duty of the parents of a legitimated person" to reregister their child’s birth within three months of their marriage.

Today, at least in the UK, being born to unmarried parents does not have the same legal and social ramifications as it did in the past. Until the enactment of the Family Law Reform Act 1969, a child born outside marriage could not inherit on the intestacy of either parent. It then took some 18 years for all remaining legal distinctions between children born to married and unmarried parents to be removed, by way of the introduction of the Family Law Reform Act 1987. Now, however, the requirement to reregister a child’s birth after marrying has little relevance.

For anyone concerned about the implications of this law, Emma had some words of reassurance:

’This ridiculous provision does not change the rights of the child or the parents. Marrying the mother of your child automatically provides a father with the necessary legal responsibilities for his child and, since 2003, unmarried fathers acquire these same rights if they are named on the child’s birth certificate...The only impact that re-registration has is for national statistics...parents shoudln’t worry.

She added the the fine on failing to re-register is "nominal" and that, in practice, she had "never heard of anyone" who received one.

As we’ve seen, any special requirements that a child, or the parents of a child, born outside marriage, must fulfil in England today are likely to be purely administrative in nature; a hangover from an admittedly not-too-distant past, when a parent’s marital status could indeed have a significant impact on the child’s legal rights. Happily for those born outside of marriage, times have changed, with the law by and large reflecting contemporary social attitudes towards legitimacy.

Reconciling religion and the constitution: a brief overview of family law in Tunisia
This site uses cookies. Find out more. Continued use of this site is deemed as consent.   CLOSE ✖