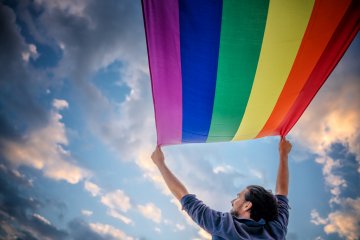 In May this year, France became the fourteenth country worldwide to legalise same-sex marriage. The first French gay wedding took place on 29 May 2013 in the city of Montpellier; in October it was further reported that the first same-sex divorce had been filed in France.

The issue of gay marriage divided the French nation and the controversy continues. A number of mayors in France refused to officiate at same-sex marriages; French town mayors are officers of the civil state and therefore should perform this role within a wedding ceremony. In response, France’s highest court, the Conseil Constitutionnel, ruled that mayors cannot refuse to hold same-sex marriage ceremonies on the grounds that they conflict with their personal, moral or religious beliefs. It was further held that the new legislation did not violate the mayors’ freedom of conscience.

President François Hollande warned that he would not tolerate resistance to the mariage pour tous legislation. The President still faces a challenge: during a ceremony marking the end of World War I in Paris on 11 November, Hollande was booed and hissed at by protesters. The French police subsequently questioned members of the extreme right-wing party, the Front National, who are openly against same-sex marriage.

The new legislation continues to be tested. Recently, two men who obtained a PACS civil union in March, and were originally married in September, had their marriage overturned by a local court. An agreement between France and Morocco banning gay marriage between nationals of the two countries was the basis for the decision. However, this international convention was deemed not to have higher authority under the French Constitution and, as such, the mariage pour tous law prevailed, consequently legalising the marriage.

The national debate surrounding the mariage pour tous is taking a new direction, with increasing support for the legalisation of marriage between step-related siblings, sparked by the publicity of a French couple, Elisabeth Lorentz and Eric Holder. They were banned from getting married, because Elisabeth was in a relationship with Eric’s father, and for three years was her now fiancé’s stepmother. Article 161 of the French Civil Code prohibits marriage between ascendants and descendants, legitimate or illegitimate, and relatives by marriage in the same lineage. An application to the European Court of Human Rights, based on a breach of the right for men and women of a marriageable age to marry and found a family is anticipated.

Estate planning and international jurisdictions
This site uses cookies. Find out more. Continued use of this site is deemed as consent.   CLOSE ✖