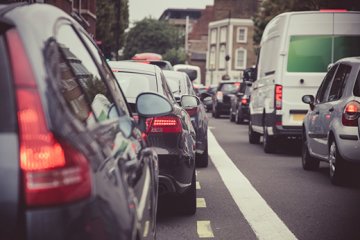 A French businessman is suing taxi app Uber, on the ground that a software bug led to the breakdown of his marriage. According to French newspaper Le Figaro, the unnamed man was prompted to take such drastic action after his activity on the app allegedly aroused his wife’s suspicions that he was being unfaithful.

The man claims that, after he used his wife’s iPhone to book transportation, Uber continued to send notifications to the device, even after he had logged out of the app. These notifications apparently led the wife to believe that he was having an affair, prompting the couple to divorce. The husband now seeks 45 million in damages, claiming that the glitch in the app caused the divorce.

Using an iPhone, Le Figaro were able to reproduce the incident described by the man, demonstrating that it is possible to obtain notifications from Uber when the device has been disconnected from the account. While it looks like the Frenchman’s claims as to the glitch may be true, blaming the company, or indeed any third party, for his divorce seems absurd.

That said, across the Atlantic, there are a number of US jurisdictions that do allow spurned partners to sue a third party for willfully or maliciously interfering in a marriage, on the ground of alienation of affection. In 2010, a North Carolina woman hit the headlines for winning $9 million in a lawsuit against her husband’s alleged mistress, thanks to "centuries-old North Carolina case law".

Of course, even if the Frenchman did reside in North Carolina, it would be difficult to argue that Uber had intentionally or out of malice exposed the alleged affair. In 2013, a North Carolina man did file a civil suit against infamous infidelity website Ashley Madison for $10,000 in damages under the old alienation of affection law. However, the courts declined to make an award against the company.

Treating the breakdown of a loving relationship as a blame-game is unlikely to lead to happiness for either heartbroken half of a former couple. While it can be tempting to deflect fault onto a third party, it is likely to prove wiser, financially and emotionally, to use the fallout from infidelity as an opportunity for introspection, to reflect on what went wrong within the marriage, and then decide on the best course of action for moving on with one’s life.

Preventing the presumption of child contact for violent parents: Cobb J amends Practice Direction 12J
This site uses cookies. Find out more. Continued use of this site is deemed as consent.   CLOSE ✖