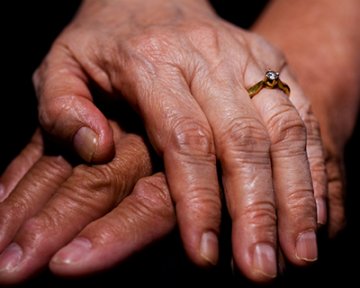 Mrs Blackwell died in May 2014 and whilst the latest copy of her will was never discovered, a reconstituted version was admitted for probate and dealt with. That will provided for Mrs Lewis to inherit the entirety of her mother’s estate. The majority of the estate comprised of Green Avon, the property in which Mrs Blackwell had lived. Green Avon, however, was also home to Mrs Blackwell’s long term partner Mr Warner. The couple had lived at Green Avon since 1995 and had therefore lived together at the property for some 20 years. Mrs Blackwell and Mr Warner never married. However, it was clear to the court that the couple had lived together as so called “common law” husband and wife.

Mrs Lewis, as executrix of the estate, issued a claim against Mr Warner seeking possession of Green Avon and damages to reflect the fact he remained living there rent free. Mr Warner made a cross application for relief under the Inheritance (Provision for Family and Dependents) Act 1975. Whilst Mr Warner had wealth of his own, he specifically wanted to remain at Green Avon given that he was now 91 years old, had lived in the same area his whole life and had the assistance of a neighbouring doctor which gave him comfort in his old age. The case went to trial.

Recorder Christopher Gardner QC decided that the “maintenance” of a roof over Mr Warner’s head came within the scope of s.1(2)(b) of the Inheritance (Provision for Family and Dependents) Act 1975. The Recorder decided that provision of the roof over Mr Warner’s head amounted to a financial value because otherwise he would have to have rented or purchased a property elsewhere. Mrs Blackwell was therefore found not to have made adequate financial provision for Mr Warner in her will which meant the Recorder was entitled to balance the interests of Mrs Lewis, as sole beneficiary, against those of Mr Warner, as a dependent of Mrs Blackwell.

The Recorder decided that Mr Warner should be entitled to remain in the property and was heavily influenced by his age, the number of years he had lived there and the financial contributions made towards the property during his relationship. In balancing both parties’ interests the Recorder came to the decision that rather than Mrs Lewis having to wait for Mr Warner to die before she was able to sell Green Avon, he should have the property transferred to him upon payment of the agreed market price, agreed at £385,000.

Mrs Lewis was dissatisfied with the court’s decision and appealed on the following grounds:

Newby J refused the appeal. In respect of each ground he held as follows:

That the term “maintenance” was not confined to support for a person’s cost of living and could refer to other forms of assistance. If, therefore, a person wants a particular thing to sustain their reasonable quality of life, this could amount to “maintenance” regardless of the person’s financial means. The Recorder was therefore entitled to reach the decision that he did.

The Recorder did not wrongly focus on this section of the Act, rather he had made reference to it to explain that whilst Mrs Blackwell’s will did not contain anything to allow Mr Warner to remain at Green Avon, it had failed generally to make reasonable provision for his financial maintenance within the meaning of s.1(2)(b).

It was open to the Recorder, despite Mr Warner’s own financial standing, to conclude that Mrs Blackwall had not made reasonable financial provision for her long term partner. As such, the Recorder was entitled to make an order for an estate asset to be transferred at full market value.

In reaching his decision, Newby J also made it clear to Mrs Lewis that the £385,000 figure agreed as the market value was already on the very generous side so she did not need further compensation by way of backdated rent.

Marriage in decline? A few statistics from the ONS…
This site uses cookies. Find out more. Continued use of this site is deemed as consent.   CLOSE ✖