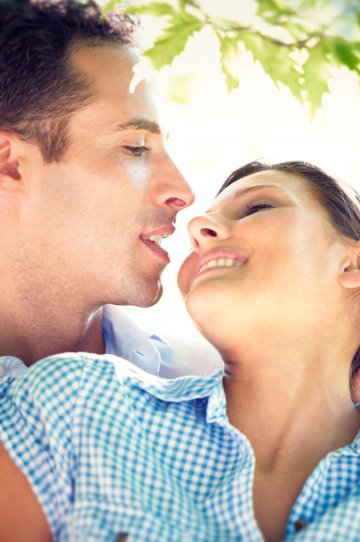 According to a study by the University of Connecticut, economically-dependent spouses, especially male non-earners, are more likely to cheat than their breadwinner counterparts.

The study, whose findings have been reported in the American Sociological Review under the title ‘Her Support, His Support: Money, Masculinity, and Marital Infidelity’, shows some difficult gender dynamics. It found that husbands who are 100% dependent on their wives are the most at risk of cheating, at 15%, whereas women who are 100% dependent are the least likely to do so, at 5%.

The picture is particularly complicated in relation to men, money and cheating. The study found that men’s likelihood of cheating decreases in inverse proportion to the amount of money they make more than their wives. But only up to the point at which their share of the income reaches 70%; after that they become more likely to cheat.

The study is based on information from the National Longitudinal Survey of Youth. It was taken from 2,757 individuals, all heterosexual couples between the ages of 18 to 32 who were in the same relationship for more than a year. The data was collected between 2001 and 2011.

In general terms, in the United States, it’s been estimated that 20 to 25% of married men and between 10 and 15% of married women have engaged in an extramarital relationship. Of course, there’s no accounting for variables such as dishonesty in answering that question.

The gendered aspect of this is an area of research that Christin Munsch, the study’s author, has been looking into for some time. Back in 2010, while still a doctoral candidate at Cornell University, she delivered a paper at the American Sociological Association’s annual meeting in Atlanta that offered some similar results. At the time she stated that she thought the findings had less to do with economics per se and more to do with gender identity, and in particular, fixed notions of masculinity:

Any identity that’s important to you, if you feel it’s threatened, you’re going to engage in behaviour that will reinstate your place in that group… Sexual encounters, particularly with multiple women, are a defining feature of hegemonic masculinity.

She reiterated this with the publication of her new findings, telling CNN:

I think it has to do with our cultural notions of what it means to be a man and what… the social expectations are for masculinity.

She went on to wonder if this could change in the future:

That is shocking to me that in 2015, in the face of so many women being so incredibly successful… the fact that these young men have grown up in this ‘post-feminist era’ still feel that it’s that important to be a breadwinner really, I think, speaks to how strong this norm is.

According to the Guardian, Christin Munsch is already thinking about expanding her research to take same-sex marriages into account. Her results could offer some insight into how married couples could develop an understanding of their marital expectations that are not tied to old-fashioned, binary gender roles.

Love lessons from history
This site uses cookies. Find out more. Continued use of this site is deemed as consent.   CLOSE ✖