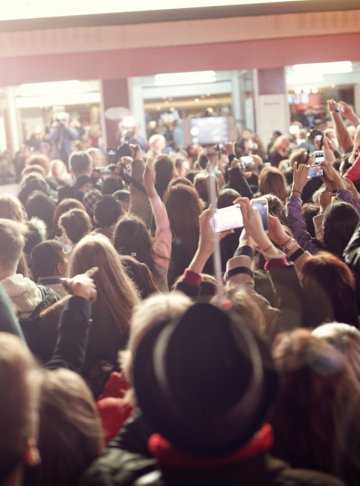 Celebrity custody battles only become more complicated when there is an international element involved.

Over the holidays, Rocco Ritchie was ordered by a court to join his mother Madonna in New York for Christmas, despite having expressed his desire to stay in England with his father, director Guy Ritchie.

Until recently, Rocco, 15, had been touring as a dancer with Madonna on her Rebel Heart tour, but just before the Christmas holidays he quit and decamped to London with his dad.

Despite the court order from a Manhattan judge, Rocco has yet to return to the States, celebrating Christmas and the New Year with his father, and recently spotted on a bike ride with Ritchie.

Rumours abound that Madonna is much stricter with the children than Ritchie, restricting their diets and mobile phone use. Many are saying these are among the reasons Rocco feels more comfortable living with his father and stepmother Jacqui Ainsley and their three young children. Madonna has been quite public with her sorrow over the custody battle, even alluding to her struggles during a recent performance in Mexico where she thanked her fans for supporting her during %27challenging times%27. She has posted many ‘throwback’ pictures of her son during happier times. She most recently posted a photo to Instagram with her four children, including Rocco, and the caption: %27It’s possible to be an entertainer and a good mother!!! Too bad we don’t live in a society where many encourage strong independent single working moms! The next great Frontier!%27. It seems that this custody battle is just beginning and only time (and the courts) will tell what is to come for Rocco and his family. But Madonna has publicly vowed that she will continue to fight for her son and Ritchie, through his lack of interest in obeying the court orders thus far, seems to be saying the same thing. For more information about child arrangements, click here

Pauline Chai granted decree nisi
This site uses cookies. Find out more. Continued use of this site is deemed as consent.   CLOSE ✖