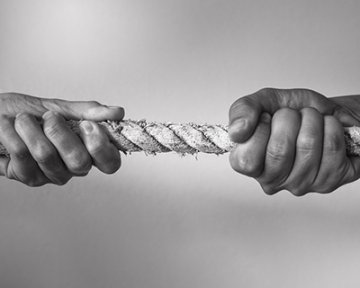 After the Loose Women star passed away in 2014, Lynda Bellingham’s fortune passed, as stated in her will, to her third husband, Michael Pattemore. Her three sons are now contesting the will based on Pattemore’s conduct since the death of their mother.

Pattemore, a time share salesman, has been on several trips since taking control of the estate, Bellingham’s sons say. Speaking to the Daily Mail, they commented “Within a few months of mum’s death, he’d been to Dubai three times, to Peru, to Canada to see where Mum was born and on a round-the-world trip. He also went to Dublin for a hair transplant and he bought himself a Chevrolet Corvette, despite already driving a brand-new Range Rover my mum had bought him.” There is currently no evidence that he did not use his own money to fund these activities.

While Michael and Robbie Peluso claim it was their mother’s intention that Pattemore support them – and that they have only received £750 each from him since her death – as Bellingham did not specify this in her will they will have to contest it under the Inheritance Act 1975. This act was specifically for provision for family and dependents, and is used to ensure that those who ought to have been provided for in a will but weren’t have legal recourse to challenge the division of assets.

Michael and Robbie would certainly not be the first to challenge a will, and previous cases show that they have a fair chance of winning their suit. Last year Heather Ilott was awarded a third of her mother’s estate after a ten year legal battle. Ilott’s mother was estranged from her daughter and had made the decision to leave her money to three different animal charities. Though this ruling may be concerning for those wishing to leave their money to people or organisations other than their relatives, for those who feel they have been denied what was rightfully theirs, Ilott’s case means there is now a strong precedent for contesting.

Contesting a will: due execution
This site uses cookies. Find out more. Continued use of this site is deemed as consent.   CLOSE ✖