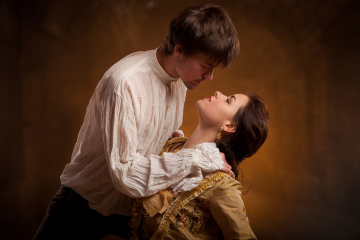 As a historian, I was drawn to tales of love and scandal. It therefore comes as little surprise to those close to me that my career ambitions are firmly focused on family law. This blog will explore the love lessons to be learned from the broken hearts of some of the greatest relationship breakdowns in history.

Lesson One: Hell hath no fury like a woman scorned

An abbreviated yet famous line coined by William Congreve (1670-1729), an English playwright and poet. The entire quotation reads “Heaven has no rage like love to hatred turned, Nor hell a fury like a woman scorned,” spoken by Perez in Act 3, Scene 2, The Mourning Bride (1697).

Even before the coining of the phrase, many women proved the saying very true.

One of the best tales of scorned woman is that of Zeus’ jealous wife, Hera enacting revenge on Zeus’ mistress, Lamia. Versions of the myth vary but one of the most common twists is that Hera, out of spite and jealousy, killed all of Lamia’s children and transformed her into a monster that hunts and devours the children of others. Legend has it that Lamia’s subsequent appearance as a serpentine figure was the result of either Hera’s wrath of the pain of grief caused by the consumption of her own children. Another version has Hera stealing Lamia’s children away and Lamia turning into a monster of her own accord out of grief and despair, stealing and devouring others’ children out of envy. Whichever twist on the legend you want to believe, the lesson is clear: stay away from a woman scorned!

Lesson Two: All is fair in love and war

Charlemagne, King of the Franks was married to Desiderata, daughter of Desiderius, King of the Lombards in c.700. It was hoped that the marriage would ease relations between the two kingdoms: who needs love when you can have peace between nations? Unfortunately, the Pope had not been notified of their union and sent a stark warning to Charlemagne that he would “be banished from God’s Kingdom eternally to consort with the devil and the wicked in the everlasting fires of hell” should the marriage go ahead (the Vatican feared they would lose land should relations improve between the Franks and the Lombards). Poor Charlemagne received this letter after the nuptials and wedding festivities were over. His resentment towards Desiderata grew and after just a year of marriage, he sent her back home to her father. Relations hit an all time low: the King of Lombards was furious with both Charlemagne and the Pope so he did what any Dad would to protect his daughter’s honour… he sent an army across Europe. In the end, it was Charlemagne who won setting the stage for the creation of the Holy Roman Empire. Desiderata’s fate remains unknown.

Lesson Three: ‘Til Death do us part?

Couples following the traditional English wedding vows will mutter those words hoping that they will grow old together and part in the most natural of ways. But for the greatest wife of Henry VIII, death came a little sooner than expected.

Anne Boleyn and Henry enjoyed a long courtship. Henry VIII started pursuing her in around February/March 1526, shortly after she joined the Tudor court as one of the Queen’s maids. Anne, unlike plenty of women before her, resisted Henry’s attempts to seduce her. Lust soon developed into love. Henry’s love for Anne, and desperation for a son to secure the throne of England, eventually culminated in the ‘King’s Great Matter’. Ultimately Henry told Rome to sling their hook when they refused to annul his marriage to Catherine of Aragon. Taking matters into his own hands he set up his own Church, banished Catherine from the Court, and married Anne in January 1533.

Sadly for Anne, a son did not arrive. On 7 September 1533, Anne gave birth to Elizabeth, who would go on to be the strongest Tudor monarch/one of the most inspirational women in history (take that Henry!). Anne’s traits, which had been incredibly attractive as a mistress, now proved unsuitable as a wife: she was fiery, she was incredibly intelligent, witty and had a strong political acumen. She was not afraid to say what she thought which only served to add to her enemies at the Tudor court. Further attempts to safely deliver a son and heir to the throne were unsuccessful. Anne suffered her last miscarriage, a stillborn boy, on the day of Catherine of Aragon’s funeral. Chapuys correctly opined that Anne had “miscarried her saviour”. Soon after, Henry moved the ever plain Jane Seymour into royal quarters and made no secret of the fact that he now believed he had been seduced into marriage by Anne by “sortilege” (deception or spells).

Ever the easily manipulated King, Henry started to listen to whispers that Anne had been unfaithful and thus committed high treason, a crime punishable by death. On 2 May 1536, Anne was arrested and charged with adultery, high treason, and incest (accused of sexual relations with her brother George). The evidence was flimsy to say the least and the charges wholly unconvincing. Nevertheless, Anne was found guilty and sentenced to execution by beheading. Henry’s parting gift to her was a French swordsman to remove her head rather than the common English axe.

Hopefully, Anne’s parting words in a letter she sent him from the Tower of London haunted Henry: “Never Prince had wife more loyal in all duty, and in all true affection, than you have ever found in Anne Boleyn.”

It was tempting to include a number of Henry’s wives in the historical lessons: the abandonment of Catherine of Aragon teaches us that the grass isn’t always greener; Anne of Cleves teaches us that love is not always blind and Katherine Howard paints a morbid picture of the issues of marrying someone a little too old/the problem with not learning from history. After all, Anne had her head chopped off having not had any affairs yet a naïve Katherine was bold enough actually to sleep with men at court behind Henry’s back, the result of which was the same scaffold as her cousin, Anne (without the gift of the sword).

An attempt to keep two lovers apart turned into a recipe for disaster in the marriage of Charles and Diana, who wed in 1981. Their marriage fell apart in the early 1990s: who can forget the endless pictures of Diana and Charles stood with their backs to each other? It soon emerged that Charles had resumed his old, pre-marital affair with Camilla Parker-Bowles. Diana said that she had been aware of the affair from 1984, just three years into the marriage; Charles said he and Camilla resumed their affair in 1986. The Prince and Princess of Wales were separated on 9 December 1992 and Diana later gave an interview on the separation where she famously quipped that: “there were three of us in this marriage, so it was a bit crowded”. Following speculation and accusations in the media, the Queen asked Charles and Diana to divorce. The terms of the divorce was not finalised until August 1996.

Diana was tragically killed in a road accident in Paris in August 1997. Charles resumed his relationship with Camilla, now also divorced from her husband, and the two wed in 2005.

Pensions and divorce
This site uses cookies. Find out more. Continued use of this site is deemed as consent.   CLOSE ✖