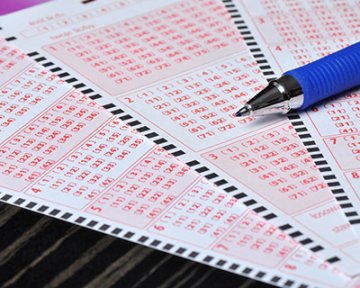 A lottery win for every couple means the start of a new life. For many, it’s the promise of one they’ve only ever dreamed of, free from financial limitations and worries, their dreams and wants finally given licence and means to take wing.

For others, a large influx of money can exacerbate existing problems and lead to a breakdown of a relationship. And in some of these cases, this spells divorce.

The study by the universities of Kentucky and Pittsburgh found that what they dub ‘income shocks’ of over $50,000 (or roughly £34,000) place extreme strain on couples. So what happens to the windfall when the winning partners split up?

In the hype of a multi-million pound win, how a divorce could affect your legal entitlement to a lottery prize may be the last thing on your mind. But the messy and highly publicized divorce of Adrian and Gillian Bayford who scooped £150 million in the EuroMillions – and blamed this win for the breakdown of their marriage – serves as a harsh reminder of not only the pressure a win can put on a relationship, but the difficulties of dividing up the assets won.

In some ways this is relatively simple, but in other cases can be hugely complex. The Lotto website itself suggests that the most likely way to split any prize money is relatively equally, particularly if you have used a joint account to purchase the winning ticket.

But if you are the sole lottery player and are using your own money, then the likely decision is that only money that is converted into matrimonial assets will be subject to division after a divorce. If you are separated at the time that the winning ticket was bought, the person who actually bought the ticket would legally be entitled to the majority, if not the entirety, of the prize money.

So far, so simple. But other decisions in the Family Courts muddy the waters somewhat. A lottery win is not subject to the principle of sharing on divorce if the winner has not shared it during the course of the marriage.

One lottery winner had kept her £500,000 win secret from her husband for over ten years. Technically she would have been able to keep all the money on divorce had she not bought a house shortly before their official separation. Her husband received £85,000 to reflect the time he had spent living in the house purchased with that lottery money before the marriage broke down.

The judge’s emphasis in this case, and in general in lottery cases, on the fact that the ticket was purchased with the wife’s own money is surprising – most assets in a divorce are not split between who paid for what.

Frequently in lottery cases, the winning partner of the pair will pay out for residual spousal maintenance claims, for a complete dismissal of all potential matrimonial claims in the future.

There is no doubt that a lottery win is life-changing. But how, and for which partner, is another question that perhaps all potential lottery winners should ask themselves as they choose those fateful numbers.

Are Americans turning against no-fault divorce?
This site uses cookies. Find out more. Continued use of this site is deemed as consent.   CLOSE ✖