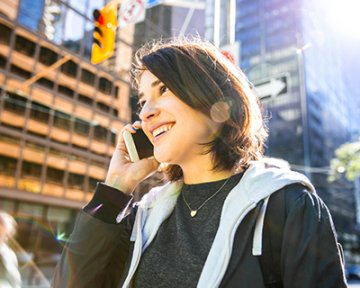 Many things have changed since the baby boomers were the age millennials are now. We’ve looked at how the rise of social media has effected marriage and divorce, as well as the impact of recent global economic downturns on when couples choose to marry. Both of these are indicators of a larger phenomenon, though, and that is the fact that the world, these days, is a much smaller place.

Forty years ago we didn’t have the same transport infrastructure, with fewer and smaller roads, infrequent rail services, and, as annoying as they are, bus replacement services were not the sort of thing transport companies thought to put on. And that’s only within the country. Budget airlines have made overseas travel available to a greater number of people, and something that everyone can partake in more frequently. Inevitably, this has given relationships a new way of functioning – long distance.

Conventional wisdom would have us believe the once a couple decides to marry, cohabitation is a given. However, for many couples, this isn’t the reality. Earlier this year Terri Pous, a woman in a long distance marriage herself, gathered the stories of over 300 couples who have, for various reasons, chosen to live apart. The most common reasons were education, familial or work commitments, military service and immigration issues, but any number of factors can result in a long distance marriage.

“I was pregnant with our second child when my husband and I went long distance,” Soon-to-be divorced Grace told me, “For us it was financial reasons. We couldn’t keep the house we were renting because of debt my husband had accrued, so we each moved back in with our parents. His were in Bristol, mine in Northamptonshire, so it was a good two and a half hours if we wanted to see each other. It was tough while it lasted, but once we were more financially sound we moved back in together and ultimately our marriage ended for completely different reasons.”

So are long distance marriages more prone to divorce? Well, it would seem the jury is still out on that one. Terri Pous makes it clear that not living together doesn’t mean that there is something ‘broken’ within a relationship, but that being long distance comes with different challenges than when you live together, and it’s how you work together to overcome those challenges that will ultimately answer that question.

Double standards in Australian attitude to commercial surrogacy
This site uses cookies. Find out more. Continued use of this site is deemed as consent.   CLOSE ✖