New Lord Chancellor in Westminster: Gove has gone and Liz Truss is in 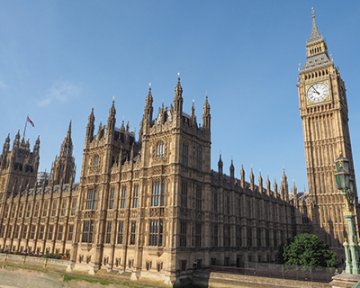 The new Secretary of State for Justice – who also becomes the Lord Chancellor – has been announced and once again a non-lawyer has been appointed. Chris Grayling’s appointment in 2012 was the first ever to a non-lawyer but soon followed Michael Gove and now Liz Truss. It also cannot go unsaid that Truss’ appointment as Lord Chancellor is the first ever to a woman, in a history that spans back to the 11th century.

So, what do we know about Truss other than the fact she is not a lawyer? Truss read PPE at Merton College, Oxford and became a qualified management accountant, having been employed by Shell and Cable & Wireless as an economics director. Truss became MP for South West Norfolk in 2010 and was appointed as a junior Minister in the Department for Education before her appointment as Secretary of State for Environment, Food and Rural Affairs.

The reaction to Truss’ appointment has been somewhat lukewarm in the legal sphere. Gove received a fairly positive reaction but then he replaced a deeply unpopular Grayling and improved his own popularity by abandoning legal aid reforms in January 2016. Truss’ track record of voting in favour of legal aid cuts has meant her appointment has been an underwhelming one. In 2012 she voted against the need to require the Lord Chancellor to ensure that, subject to resources, individuals have access to legal services that effectively meet their needs. She also voted against making legal aid available in respect of social welfare decisions.

Conservative peer Lord Faulks QC even quit his Minister of State for Justice in protest at Truss’ appointment. Lord Faulks QC told The Times that he had “nothing against Ms Truss personally. But is she going to have the clout to be able to stand up to the Prime Minister when necessary on behalf of the judges? Is she going to be able to stand up, come the moment, to the Prime Minister, for the rule of law and for the judiciary…without fear of damaging her career?”.

Many lawyers have remarked on social media at their dismay that Dominic Grieve did not get the job, with a proven track record as Attorney General and as a Queen’s Counsel to boot.

The Lord Chancellor is going to have one of the most crucial roles in overseeing the momentous changes to our country’s laws following the Brexit vote and the lack of confidence from the legal community doesn’t bode well.