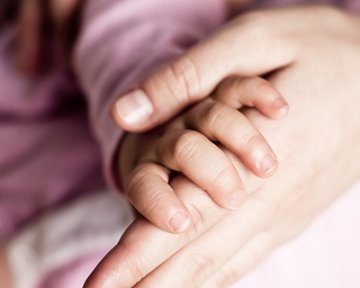 Sitting in Peterborough Family Court last month, Judge Greene ruled that an 8 month-old girl ‘Z’ be permanently removed from her parents and put up for adoption, after Cambridgeshire County Council expressed concerns as to the parents’ ability to care for her needs.

Proceedings were brought by the local authority shortly after the child’s birth in October 2015 for a care order and placement order for Z. The application was supported by an independent social worker, the Child Guardian, and an independent psychologist. However, the parents who attended this final hearing as litigants in person (having disinstructed their former solicitors and despite being advised by the judge to have representation) opposed the application claiming that the grounds, under s.31 Children Act 1989, were not met.

Judge Greene reviewed the expert reports in the case and the parent’s testimony. The local authority considered that the parents were unable to meet Z’s basic needs and that therefore the child would suffer neglect if left in the care of her parents.

The cause for concern, which was supported by the psychologists report, was that the mother had severe learning difficulties and suffers from epilepsy. The mother had to be reminded frequently to take her medication. The court had access to historical reports and past expert reviews as to the mother’s abilities and limitations, as she had been in foster care from the age of 12. It was therefore noted that the mother had a history of poor self-care skills, and the local authority stated that “the mother’s general cognitive ability is in the extremely low range, which affects her capacity to parent Z.”

Similarly, the father, who was the mother’s carer, was also known to “children’s services as a child due to concerns about neglect and alcohol abuse.” The father was a habitual drug user, and even during short periods was unable to focus on Z and her needs and therefore “put Z at risk of neglect.”

Reports from the hospital staff and psychologist gave evidence that the parents struggled to look after Z in the hospital following her birth despite the support available, and found caring for the baby difficult even during supervised contact. Tasks such as clothing and comforting Z required prompting from staff and “neither parents are emotionally tuned to Z.” The mother “slept through Z’s crying in the night and failed to respond to her crying during the daytime.”

“The referral was made initially to children’s services when the pregnancy was recognised. The local authority put in assessments and provided support, including some parenting sessions and parenting classes, with a view to engaging the parents and attempting to assess whether they could be able to care for Z, and to assess what support they might need in order to achieve that. The proceedings were commenced after birth, the hospital having reported significant concerns about mother’s inability to recognise or respond to Z’s needs in hospital.”

Judge Greene was satisfied after reviewing the expert reports, and hearing the mother’s evidence, that she was of a low cognitive ability:

“The evidence that I have heard satisfies me that neither mother nor father were able to respond appropriately to Z’s needs in hospital. It was apparent that they had been unable to retain or use the information which they had been given during the pre-birth assessment.”

The parents argued that the mother’s inability to care for Z in the hospital was due to having an epileptic seizure that morning. However Judge Greene was satisfied that that in itself, plus the fact that the father was unable to make up for the shortfall in care for Z, was a significant issue. The parents also challenged the psychological report as the mother was unable to complete all the tests. Similarly, the judge concluded that the fact she was unable to complete them was determinative of the mother’s ability, and that the psychologist had sufficient evidence to draw his conclusion.

The social worker assigned to the parents opined that the parents required 24-hour support and assistance with caring for Z as they “struggled to care for themselves and could not safely care for a baby with less than round-the-clock support.” The Child Guardian and independent social worker supported this view that ‘the level of care required would amount to full-time care by someone else, which would itself have an impact on Z emotionally.” Such a level of care would, in addition, be a significant and unreasonable financial undertaking for the local authority.

The parents dismiss the concerns of the social worker, psychologist, and the independent social worker, insisting that they are able to care for Z and would not accept any help and support from the local authority.

“It is clear to me from the evidence I heard from them that they have no insight into the concerns or their own manifest deficiencies, as set out in all of the statements and reports and the evidence which I heard.”

Judge Greene was unable to see how the parents would be able to care for and support Z, with both parents struggling to care for themselves, and the mother relying heavily on the father for personal support. The judge stated that “concerns about her lack of ability are magnified by her being incapable of recognising those deficiencies, and therefore a refusal to accept help or support in relation to them.” Although the father has a slightly higher cognitive ability than the mother, the judge viewed that he also neglects his own welfare, evidenced by his poor personal hygiene, and that neither he nor the mother were likely to sufficiently care for Z’s basic needs, in addition to her emotional support, behavioural development, and education.

Judge Greene stated that the evidence against the parent’s abilities to recognise and meet Z’s needs was “overwhelming.” He did not doubt that the parents loved the child, and that any neglect would be unintentional but that they would “fail to meet her needs through an utter lack of ability to do so.” Therefore, the judge concluded that the threshold criteria of s.31 Children Act 1989 were met.

The judge was satisfied after reviewing the LA’s care plan, which involved the adoption of Z, that “nothing else will do to meet Z’s welfare needs.” If the local authority provided support for Z, anything short of full-time care would be inefficient, and such an arrangement would be unreasonable and a huge financial undertaking for the Council. A lesser level of support would be unable to meet Z’s needs. The judge was particularly concerned that the parents continued to deny the need for assistance in caring for Z.

A supervision order, which the parents had suggested as an alternative, Judge Greene was satisfied would be inefficient to meet Z’s needs as it would leave Z in the parent’s care, and there was a question of her safety, as she would be “exposed to a very apparent and very obvious risk of significant harm on an ongoing basis.” The judge considered that what Z required was a stable and safe environment, and therefore an order for adoption would best serve to protect her.

The placement order which is required parallel to an adoption order was similarly granted by Judge Greene, who viewed that it was appropriate to dispense with the parent’s consent in this case to ensure that Z is able to find a suitable home. The Local Authority’s care plan was therefore granted in full.

Child to be returned to France following wrongful removal, UK judge rules
This site uses cookies. Find out more. Continued use of this site is deemed as consent.   CLOSE ✖