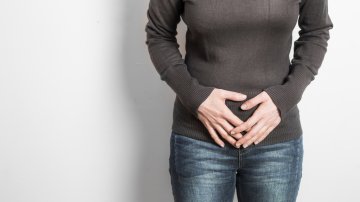 A recent study has suggested that, rather than writing off their pre-wedding nerves, couples contemplating marriage may be well advised to listen to their gut feelings, to predict whether they are on course for wedded bliss or an ill-fated union.

Dr James K. McNulty, Associate Professor of Psychology at Florida State University in Tallahassee, along with his colleagues, studied 135 heterosexual couples who had been married for fewer than six months, and then followed up with them every six months over a four-year period.

He found that the feelings people claimed to have about their marriage did not always reflect their unconscious ’gut instinct’, and that it was this gut instinct, rather than conscious feelings, that accurately predicted how happy their marriage would remain over time.

’Everyone wants to be in a good marriage,’ McNulty said. ’And in the beginning, many people are able to convince themselves of that at a conscious level. But these automatic, gut-level responses are less influenced by what people want to think. You can’t make yourself have a positive response through a lot of wishful thinking.’

Couples had to press a computer key to indicate whether the word was positive or negative, and their reaction times were measured down to thousandths of a second.

McNulty found that those with positive feelings about their partners were very quick to identify positive words and very slow to indicate that words like ‘awful’ are negative words, and vice versa.

When the couples reported on their relationship satisfaction at regular six-month intervals over the following four years, researchers found that those who had revealed negative or subdued attitudes during the ’gut feeling’ test reported the most marital dissatisfaction four years later. Their conscious attitudes were unrelated to changes in marital satisfaction.

’I think the findings suggest that people may want to attend a little bit to their gut,’ McNulty said. ’If they can sense that their gut is telling them that there is a problem, then they might benefit from exploring that, maybe even with a professional marriage counsellor.’

Harold Hamm: the $19 billion dollar man
This site uses cookies. Find out more. Continued use of this site is deemed as consent.   CLOSE ✖