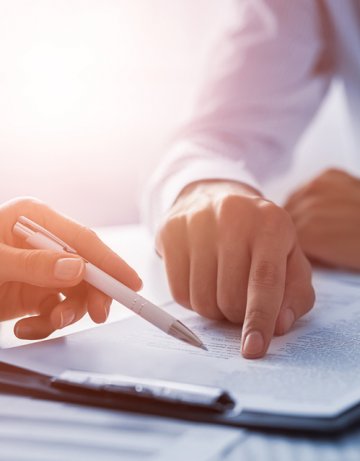 A millionairess once embroiled in one of the UK’s most high profile divorce battles has spoken out in favour of reaching an early settlement as opposed to protracted litigation—even if it means compromising on your demands.

When she separated from drinks magnate Vivian Imerman in 2008, Lisa Tchenguiz initially sought an equal division of the matrimonial assets. Mr Imerman, who earned the moniker "The Man from Del Monte" during his tenure as CEO of the tinned fruit and juice company, was estimated to be worth over £300 million. However, Ms Tchenguiz eventually settled for £15 million: a sizable sum for many, but a mere fraction of the alleged total assets. Yet, in interview for the BBC 2 documentary Millionaire’s Ex-Wives Club, she expressed no regrets over her decision to stop fighting for what some would view as a fairer share of the marital pot.

"Litigation is poisonous", Ms Tchenguiz explained. She urged those going through a divorce to settle, in order to quickly "win your life back", and prevent the children from witnessing the "suffering" of their parents.

Her own divorce battle lasted four years, coming to a close in 2013. The case was landmark in establishing new guidelines as to how the court treats wrongfully obtained evidence, after it emerged that, in the face of Mr Imerman’s alleged non-disclosure, Ms Tchenguiz’s brother clandestinely obtained, downloaded and copied confidential documents belonging to the husband. The court forbade Ms Tchenguiz’s legal team from using any information gleaned from these documents and ordered their return, considerably narrowing the circumstances in which a party can use documents belonging to the other side as evidence.

Despite having settled for a considerably smaller payout out of court, Ms Tchenguiz, who shares a now-teenaged daughter with her ex-husband, remains adamant that a 50/50 division of assets would have been "well-deserved".

"When you have a strong woman behind you, of course I believe that does take you forward...He was successful clearly in his own right but he would never have done what he did had I not being in the picture".

This sentiment speaks to a bedrock of English family law—that the contributions of a homemaker and a breadwinner are equitable and, as such, an equal share of the fruits of the marriage should be the court’s starting point when it comes to divorce.

This does not go unnoted in the documentary, with London deemed a "mecca for women wanting to get divorced". Of course, there’s no guarantee that Ms Tchenguiz would have ended up with hundreds of millions if she opted to continue with litigation; the Daily Mail reports that she signed a prenuptial agreement "which would have left her with nothing more than she came into the relationship with".

In addition to the emotional labour wrought by divorce, a protracted and contentious divorce can prove tremendously expensive. Considering that Ms Tchenguiz, the daughter of the royal minter to the Shah of Iran, was already independently wealthy, her decision to walk away from an acrimonious court battle with an uncertain outcome is rendered all the more prudent.

Avoiding both acrimony and unfairness in divorce

Divorcing couples need not always decide between either embarking on a bitter legal battle or accepting a seemingly unfair settlement. A prenuptial agreement, for instance, can go some way to preventing disputes later down the line while ensuring that an outcome agreeable to both parties is obtained by hammering out how assets will be apportioned on divorce ahead of time.

Those facing divorce may also seek an alternative to the family court in order to resolve disputes more amicably. Arbitration, in which a family law specialist of the parties’ choosing hears the case in private, often leads to swifter resolution and gives the parties greater flexibility and control over the process, thus mitigating the stress of contentious proceedings. However, it’s worth bearing in mind that arbitration can be much more expensive than going down the traditional route.

For some couples, mediation offers a less daunting alternative to the family court in allowing parties the opportunity to resolve matters themselves in a comfortable and completely private environment with the help of an independent third party. That said, mediation will not be suitable for all parties, particularly if there is a mutual unwillingness to compromise.

Where court action is necessary, divorcees would do well to find empathetic yet frank representation who know when to fight for their client’s demands and when, for the sake of the individual’s emotional and financial health, to encourage a compromise.

Court of Appeal overturns High Court judgment which refused a transgender father direct contact
This site uses cookies. Find out more. Continued use of this site is deemed as consent.   CLOSE ✖