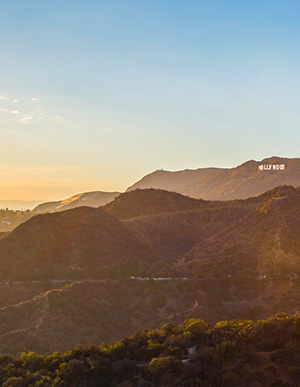 A hearing in downtown Los Angeles marked the start of a courtroom fight for control over notorious cult leader Charles Manson’s estate and bodily remains on Monday.

Following Manson’s death from cardiac arrest in November last year, reports of two unverified wills emerged. The first, dated February 2002, allegedly names Manson’s long time pen pal Michael Channels as his sole beneficiary, while Ben Gurecki, a friend of Manson, claimed he had obtained a more recent will in January 2017 which leaves the estate to the deceased’s self-proclaimed son, Matthew Roberts. A third party laying claim to the estate is Jason Freeman, who asserts that he is the criminal’s grandson.

However, only Mr Channels and an attorney for Mr Freeman attended Monday’s hearing in Kern County, with the LA Times reporting that neither Mr Gurecki nor Mr Roberts have filed any documents for their claims—meaning that the battle is, for now, limited to two parties.

In court, probate judge David J. Cowan ordered both parties to file paperwork detailing their claims to Manson’s remains, as well as arguments on which county should hear the case. The judge also explained that fight over the deceased’s property was a discrete issue and as such requires a separate judicial decision.

Article 1 of California’s Probate Code dictates that cases concerning the administration of an estate should be heard in the county in which the decedent was domiciled—defined for tax purposes as "the place where you voluntarily establish yourself and family, not merely for a special or limited purpose, but with a present intention of making it your true, fixed, permanent home and principal establishment". However, such a stipulation has given to rise complications in the case at hand; given that Manson spent decades of his life behind bars in Kings County but prior to his apprehension in 1971 was based in Los Angeles country, his domicile is reportedly currently uncertain. Yet with Article 2 of the Election Code stating that a person does not gain or lose domicile "while kept in an almhouse, asylum or prison", it seems probable that LA county would be the appropriate venue for the hearing.

A judge will decide where the case will be heard on 26 January, with Mr Freeman being given until this Friday to file his claim and Mr Channels having a further ten days to respond to it. Meanwhile, Manson’s body remains on ice in Kern County.

Given the brutality of the Manson family crimes and the level of infamy the man himself occupies in the American imagination, it might come as a surprise to some that there is any such clamouring to claim his body. This is certainly the case for Bryan Walters, a lawyer representing the Kern County coroner’s office who admitted that the process "hasn’t gone a smoothly as we had hoped".

"When we received it, we thought no-one would claim the body...We assumed it would be an easy matter to take care of."

Yet Mr Walters ultimately acknowledged that with "a figure of public scrutiny...the simple is just not possible".

So what are the possible motivations behind the claims for Manson’s remains? When a figure of such notoriety dies, some may worry that if their place of burial was made public, it may be treated as a shrine by those who hold similarly extremist views—causing pain to those who were directly or indirectly harmed by the deceased and potentially facilitating hero worship. Conversely, grieving family members may be concerned that any memorial for the deceased would be defaced.

For his part, Mr Freeman is seeking a private family cremation for Manson, with his ashes to be scattered in secret to prevent the location becoming a macabre tourist attraction.

Of course, some might pursue possession of a body for more mercenary purposes. In 2014, it was announced that Manson had become engaged to a young woman while in prison. However, the marriage never took place and it was later reported that his fiancée had only intended to marry Manson in order to gain control over his body on his death. It was alleged that she and a friend had plotted to display his corpse in a glass crypt in full view of any tourists willing to cough up the cash.

It’s not just Manson’s body that could prove ghoulishly lucrative; there’s also a niche market for items owned by murderers and other violent criminals. So-called ’murderabilia’ collectors seek out these objects, generally through online auction sites, though the practice is understandably highly controversial, with eBay having gone so far as to ban the sale of murderabilia. Some lawmakers have attempted to curtail this practice, introducing multiple bills in Congress over the last two decades. However, as of yet no such bill has passed into law.

Of course, there’s no evidence to suggest that those currently vying for Manson’s estate would even consider dispensing with his possessions in this way. Yet with items such as a single handwritten card by Manson retailing at $450, it’s not difficult to see how the property of a former drifter who spent over half his life in prison could prove to be worth more than its face value.

As Judge Cowan made clear, the dispensation of Manson’s remains and his possessions are two separate issues. In the absence of any valid will that stipulates otherwise, his body would be released to his next of kin. However, with Manson currently having no confirmed next of kin, and the validity of the will as yet uncertain, it’s impossible to predict who will be given custody of the corpse.

Similarly, it’s not clear who will inherit the man’s estate. Should the will be found invalid, California intestacy laws dictate that, as he died unmarried, Manson’s property would pass first to his children or, in the event he outlived them, to his grandchildren. However, as neither Mr Roberts nor Mr Freeman have yet been confirmed as the decedent’s blood relatives, this too remains in question.

Posts - Horses & HNW Divorces
This site uses cookies. Find out more. Continued use of this site is deemed as consent.   CLOSE ✖