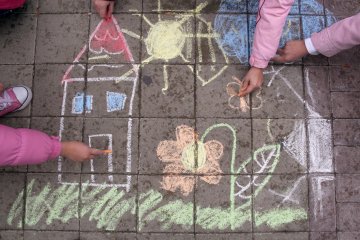 A report recently published by the Coram Children’s Legal Centre has found that legal aid cuts made in 2013 have had a significant impact on the number of individuals who are able to enforce children’s legal rights in the UK, increasing the demand for private legal advice and representation. The Coram Children’s Legal Centre (CCLC) is an organisation which holds legal aid agency contracts in several areas of law relating to children; it also operates free advice lines through the Child Legal Advice Service (CLAS) and the Migrant Children’s Project (MCP) funded by grants. CCLC’s report coincides with the government’s promised review of the legal aid cuts five years on.

The report begins by setting out some of the changes made to legal aid in 2013. Before 2013, legal aid was in principle available across almost all areas of civil law, as well as being a key aspect of the criminal justice system. The Legal Aid, Sentencing and Punishment of Offenders Act 2012 (LASPO) completely removed various areas of law from the scope of any civil legal aid provision—those areas included “employment, education (except for cases of special educational needs), non-asylum immigration, private family law, many debt and housing cases, and most welfare benefits cases”. According to the Ministry of Justice, LASPO was designed to increase “public confidence in the system by ensuring limited public resources are targeted at those cases which justify it and those people who need it.”

CCLC allege that the measures went too far, actually removing legal aid from people who both needed and could justify it. The Justice Select Committee has concerns that “children were facing particular difficulties in accessing legal advice and representation”. The UN’s Committee on the Rights of the Child has pointed out the changes’ “negative impact on the right of children to be heard in judicial and administrative proceedings affecting them”. CCLC notes that those rights have been outlined by the European Court of Human Rights (ECtHR) in a string of case law, supporting the fact that “the right to access to a court contained in Article 6 (1) of the European Convention on Human Rights and Fundamental Freedoms (ECHR) encompasses the right to free legal assistance in civil matters when such assistance proved indispensable for effective access to the courts and a fair hearing”.

The report also notes that the UN Convention on the Rights of the Child (UNCRC) states children outside of detention should have “the opportunity to be heard in any judicial and administrative proceedings affecting , either directly or through a representative”, even though it does not explicitly state that they must be given legal aid.

The legal system now suffers from a lack of legal aid coverage where there is a real need for it. Some of these situations arise because of unfortunate lacunas in the law. One such gap that the CCLC points to specifically arises because almost all legal aid in private child matters only cover two situations:

i) “Where the person seeking legal aid has evidence that they are, or are at risk of being, a victim of domestic violence and the alleged perpetrator of that violence is the person who would be the ‘other party’ if proceedings were commenced in family court”.

ii) “Where the person seeking legal aid has evidence that the child who would be the subject of proceedings is at risk from the other party to proceedings”.

CCLC point out that these restrictions ignore situations such as where a father wishes to reinforce the protection of his children from the sexual assaults of the mother’s partner (who is released on bail only on the condition that he may not enter the family home) by applying for an order for the children to live with him.

A second such gap CCLC has highlighted is the lack of legal aid for court representation in special educational needs (SEN) cases. Personal Support Units can provide volunteer cover for these kinds of events, helping with “filling in forms, writing statements, accompanying someone to court and providing emotional and practical support” there are extremely few of these – only 20 across the country.

Finally, the CCLC report points out that the justice system as a whole now suffers from a lack of solicitors actually able to take on cases that do qualify for legal aid funding, especially within the short timeframe these sensitive cases may require in order to protect a child. The report takes as an example the reduction in legally aided education law provider offices; in 2012 there were 49, but by 2015 this number had more than halved, there are now just two. The fees paid to providers for legal aid cases have been decreased to the point that these areas of law have become “financially unviable” with “no guarantees that such a business model is sustainable”.

For the time being, many people looking to enforce rights will have to turn to private representation. The Justice Committee has had concerns that once “capacity and expertise” is lost (in areas of law no longer covered by legal aid) it will be difficult to recover—whether this problem will manifest itself remains to be seen.

Children of parent with learning disability to be taken into permanent care
This site uses cookies. Find out more. Continued use of this site is deemed as consent.   CLOSE ✖