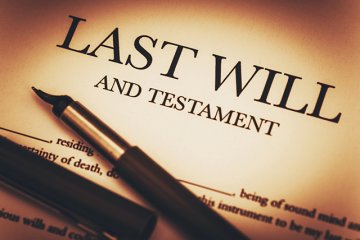 Inheritance issues are in the headlines following the reading of Nelson Mandela’s will. They highlight problems that are becoming increasingly common with the rising number of blended families following remarriage.

Commentators have pointed to Mandela’s decision to exclude his second wife Winnie from the will, and the restrictions he placed on legacies to some of his surviving children.

Mandela left much of his estate in trust, and these can be a simple and effective solution to the problem of providing for a husband or wife in a subsequent marriage, whilst still making sure that children from an earlier relationship do not miss out. They can also be useful where there are concerns about a child inheriting a large amount of cash.

For a couple with children from previous relationships, part or all of their estate can be left in trust for the survivor, and then to their respective children following the survivor’s death. This means that the surviving partner can benefit from the assets – such as staying on in the home or receiving income from investments – but the children will be sure they receive their parent’s estate in due course.

It is clear that Nelson Mandela had given a lot of thought to the matter. He dealt with many of the gifts before he died, and put money into trust where he thought there might be problems. Although many headlines have pointed to Winnie Mandela being excluded, it is not at all unusual for a previous wife to be excluded, as the divorce settlement should have taken that into account. The important thing to think through is what will happen to inheritance for children, when there is a subsequent marriage. You are having to satisfy two different families, so taking time to discuss the options and making sure everyone knows your intentions, can help avoid disputes after you die.

If there is a dispute, then where a partner or family member was being maintained financially and feels they have not received what is known as ‘reasonable provision’ in a will, they can bring a claim under the Inheritance (Provision for Family and Dependants) Act 1975. Any claims must be made within six months of the date of the grant of probate and ideally made before the estate has been distributed. If a couple were not married, then to make a claim the survivor would have to show they were living together throughout the previous two years.

Trusts (Capital and Income) Act 2013
This site uses cookies. Find out more. Continued use of this site is deemed as consent.   CLOSE ✖