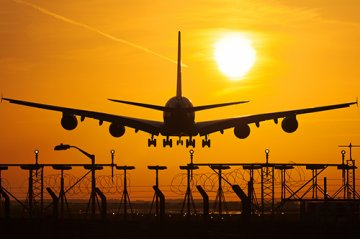 The Heads of Agreement of a Schedule 1 Children Act case between a millionaire and his partner have been amended to allow the mother to move jurisdiction with her daughter with the father’s permission. The original Heads of Agreement had contained a clause barring the mother from moving from the UK until the child, of whom she has primary custody, had finished primary education.

The application, pursuant to Schedule 1 of the Children Act 1989, was heard before Mr Justice Hayden in the Family Division of the High Court of Justice first on the 31st January 2017. At that time, it was scheduled for a four-day final hearing on 3rd April 2017 but Hayden J was hoping to settle the matter beforehand since the parties had already, on 7th December 2016, signed a Heads of Agreement. Unable to finalise the order on the 31st January, the application was listed for 8th February 2017 when Hayden J brought it to a close. Concurrent with the Schedule 1 proceedings, “plainly rancorous” private law proceedings are being carried out in the Central Family Court.

The mother (M) and father (F) met in 2013, had a daughter (L) in June 2014 and then split in 2015. M contends that the pair were engaged to be married however F disagrees. M, 40, is a Swedish national and has lived in Chelsea since 2010. A BA pilot based at Heathrow, M has worked part-time since the birth of her daughter. In her Form E, M estimated her annual earnings to be £35,000 net and DJ Gibbons recorded in September 2016 that she had savings of £76,000 and a half share in a small property in Sweden.

In contrast, F, 38, does not work and is described by Mr Harrison QC (M’s barrister) as a “scion of one of the best-known and wealthiest families in Sweden”. Although he is of Swedish origin, F is a US national who is based in Switzerland and enjoys a ‘jet-set lifestyle’. In these proceedings he has proffered a ‘millionaire’s defence’ thereby accepting that he can meet any financial court order. For this reason, it was not necessary for him to give full disclosure. F is the sole beneficiary of two trusts and M claims that he and his siblings also benefitted from a large inheritance from their late father. F’s brother, who recently passed away, set up a trust for his nephews and nieces, including L.

On the 7th December 2016 the parties drew up the Heads of Agreement at a round table meeting, agreeing that they would be bound by the principles of Xydias v Xydias 1 FLR 683. Although the financial premises were agreed between the parties, Hayden J had some remaining issues with the terms. Firstly, he wanted to ascertain whether F had provided M with sufficient assurance as to the continuation of the maintenance payments in the event of his death. As a solution, the judge quoted a sentence from a letter written by the lawyers responsible for the trust: “in the event of ’s death, his daughter L will become the income beneficiary of the trust”.

Hayden J’s second issue was whether M intended to remain in London. For the private proceedings, a s47 report was prepared by the London Borough of Kensington and Chelsea which recommends that L lives with M but spends holiday time with F in Switzerland, splitting term weekends between the two. The draft Heads of Agreement order contained a clause to restrict M from moving outside of the UK before L completed her primary education. F had initially requested that this move was prevented until L ended full time tertiary education but agreed to compromise. F’s barrister, Ms Bangay QC, argued that the Heads of Agreement was carefully constructed to accommodate for both parties’ wishes and was therefore fair, but M’s lawyer said that the restriction was “inappropriate in principle”. Considering M’s job and nationality, and F’s easy mobility, he argued that the measure was absurd. Mr Harrison QC also contended that the clause should be able to be altered by the court in the future to protect L’s welfare. Hayden J reiterated that, as the entirety of M’s family lived in Sweden and her employment required her to move location frequently, compounded with the fact that F had “no real connection to the UK”, limiting M in this way was nonsensical. Understanding that this clause was included to ensure a secure home for L while growing up, Mr Justice Hayden stated:

“What they intended to achieve was stability for their daughter in her early years and beyond … if this is his reasoning, it is flawed. He has conflated ‘stability and security’ with a settled address, the two are very different.”

He concluded that if the parents were unable to agree on a suitable relocation, the court would resolve it and thereby always protect L’s best interests. Hayden J added that the order should have enough flexibility to cater for the potential for more than one move to meet L’s needs.

The final points raised surrounded the need to ensure that M was provided for with a budget that reflected both her and F’s position financially and socially. Since F is capable of paying whatever sum is deemed necessary, it is important that M never feels the onus of financial anxiety, for instance in affording a central London property, when it can be so easily avoided. F was concerned that M could amplify the sum reserved for nannies (£73k) in order to use the extra funds to her own advantage but Hayden J dismissed this issue owing to the fact that M had been nothing but honest in proceedings.

In conclusion, Hayden J agreed for the phrase “the Applicant agrees and confirms that she has no intention of seeking a further lump sum from the Respondent” to be amended to “the mother agrees that she had no present intention of seeking a further lump sum”. It was F and his lawyer who pushed for the addition of ‘present’ to make the terms more specific. On this point, Hayden J memorably commented:

“If it helps him to accommodate his responsibilities and diminish the potential for further conflict then it serves a purpose which is everything to do with human emotions and nothing to do with the law”.

Court of Appeal rejects husband’s challenge to the validity of his Syrian marriage
This site uses cookies. Find out more. Continued use of this site is deemed as consent.   CLOSE ✖