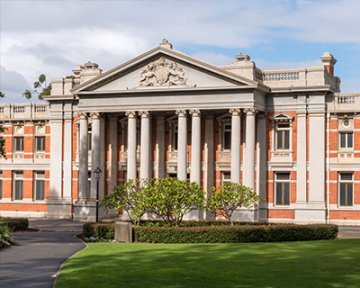 A Western Australian woman has sought an injunction to prevent her ex-partner’s solicitors from continuing to act in their property and child custody dispute, after the firm hired a solicitor who had previously worked for the side representing the applicant, Ms Gill.

The solicitor in question, referred to as “Ms K” in court documents, had worked on Ms Gill’s case as “junior member in a team of three” from April 2015 to February 2016, when she left the firm and took up a position representing the ‘de facto’ husband, a Mr Wynne.

Ms Gill and Mr Wynne cohabited as romantic partners for many years. They share two children, now 20 and 7 years old respectively. Upon the couple’s separation, they became embroiled in a dispute regarding the division of property valued at $100 million and the custody arrangements for their younger child. Both parties subsequently instructed solicitors.

The applicant and the respondent in this case were never married, and up until 2008 each Australian state and territory had its own legislation for dealing with cohabitants. However, in 2008, the majority of these states deferred to the Commonwealth in this matter. The Commonwealth subsequently passed the Family Law Amendment (De Facto Financial Matters and Other Measures) Act, which came into effect in 2009 and rendered “the rights of cohabitants equal those of parties to a marriage”. Therefore, whilst Ms Gill and Mr Wynne’s dispute cannot be precisely described as a divorce case, as cohabitants they benefited from the same protects as legally recognised spouses.

It’s important to note that this is not the case in the UK where, despite popular belief, there is no such thing as a common law spouse.

A conflict of interest?

Ms Gill and the two solicitors who continued to act for her after Ms K’s departure argued that the latter had been privy to “confidential information” regarding “the emotional state and personality” of Ms Gill. Mr D, the managing director of the firm representing Ms Gill told the court that the information disclosed was “likely to be relevant to child-related issues (which are contested) and the conduct of negotiations generally”.

“As child related issues are now in dispute, I am concerned that having met and interacted with me, may also have knowledge of my emotional state and other matters which are not directly relevant to financial issues but which may be very relevant to issues concerning our son”

However, whilst family court judge Walters J acknowledged that Mr Wynne failed to demonstrate that seeking new representation “would lead to increased costs, inconvenience or delay”, he ultimately ruled that the applicant’s assertion that Ms K had access to confidential information was “insufficiently cogent or persuasive”.

Furthermore, Walters J was satisfied that the ‘information barriers’ in place at the firm representing Mr Wynne were sufficient in ensuring confidential information was protected -the firm stored electronic files relating to Mr Wynne’s case in a limited access drive, which Ms K was not privy to, and ensured all hard-copy information was similarly safeguarded.

Whilst Walters J allowed the respondent to retain his legal representation, he laid out “three possible grounds for restraining a legal practitioner from acting for a party to litigation:”

IVF clinic admin blunders result in lack of legal parent status
This site uses cookies. Find out more. Continued use of this site is deemed as consent.   CLOSE ✖