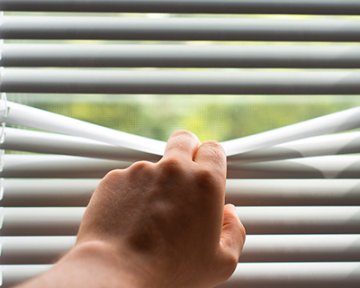 It can often be very tempting to record conversations or events when you are going through litigation relating to children, but is it legal?

The statute most frequently cited as an obstacle to recordings the Data Protection Act 1998. However, this does not prohibit covert recordings for family or personal use. Section 26 provides, “Personal data processed by an individual only for the purpose of that individual’s personal, family or household affairs (including recreational purposes –) are exempt from the data protection principles and the Provisions of Part II and III.” Recording for court purposes in a family dispute therefore falls within that exemption. The court, of course, has the power to control the nature of evidence before it under FPR 22.1, and therefore the court will still have to be asked for permission to adduce the recording in evidence and the court can decide to whom it may be disclosed.

Breach of confidentiality is also often cited as a potential obstacle to covert recording. However, confidentiality issues only really arise if the recordings are distributed or published and given the private nature of family law proceedings this is unlikely.

The decision in C (A Child) EWCA Civ 1096 highlights how covert recordings are dealt with by the family courts. In this case, a consent order has been in place for shared residence. However, as the child reached school age the parents were unable to agree on child arrangements so returned to court. The litigation that ensued was particularly acrimonious, so much so that the child attended two separate schools whilst which school was best for the child to attend was resolved.

The father covertly recorded the handovers of the child, recorded the mother on CCTV in his home and had taken photographs of the child during contact, in an attempt to advance his case. At a three day fact finding hearing and subsequent welfare hearing the court considered the allegations made by both parents. The allegations made were that the mother was “evil”, “unkind” and “violent and abusive” and that the father’s covert recordings caused emotional harm to the mother and the child. The Recorder made a number of findings against both parents but in particular found that the father was deliberately provocative and emotionally abusive to both mother and child. The Recorder felt that by recording the child, the father was bringing her into adult issues unnecessarily.

At the welfare hearing the court on that occasion found that the mother had accepted the court’s previous findings and encouraged the father’s relationship with the child but that the father had not reciprocated such encouragement. The judge at that hearing ordered that the child live with the mother. The order further required the father to stop photographing and recording the mother and the child.

The father sought permission to appeal. During that time he filmed a handover where there had been a heated exchange. The mother made an ex-parte application for a non-molestation order. The district judge listened to the recording and found that the father was entirely responsible for the situation. The mother accepted that there were no ground for a broad reaching injunction but the judge concluded that the issue of recording amounted to a form of intimidation. The judge therefore made an order prohibiting the father from recording the mother and child in any circumstances.

Both the father’s permission to appeal the children orders and his appeal of the non-molestation order were dismissed. Lady Justice King found that the father was unable or unwilling to accept that the key issue was the child’s emotional wellbeing. Lord Justice McFarlane added to Mrs Justice’s King’s leading judgment in saying that, “…it seems to me, therefore, whatever the merits of the case that the father sought to put before this court, he has not begun to bring his fact finding appeal even to the starting blocks by putting before this court material upon which we could engage in the process of auditing the Recorder’s decision making analysis”.

The judges were left with no alternative but to make an injunction as the father failed to honour the wording on the Children Act order ordering him not to photograph or record the mother or the child. It was therefore accepted by the Court of Appeal that recording either covertly or overly was capable of attracting a non-molestation injunction. However, as ever, each case will be fact specific.

Other high profile cases have highlighted that as a general rule of thumb, courts hate recordings covert or otherwise. This is particularly the case when children are involved, or even more extremely, via a child as in the case of M v F (Covert Recording of Children) EWFC 29. In this case residence was granted to the mother after the father and his new partner sewed recording devices into the child’s clothing. Mr Justice Jacking presiding found that father and his partner were the only people could not see that such covert recording via a child was instinctively wrong.

H v Dent & Ors EWHC 2090 (Fam) dealt with recordings of covert audio conversations that a father had had with a professional from Cafcass. The father wanted to use the recording to show that his agreement to a consent order had been as a result of undue pressure. Roberts J presiding listened and decided that the recordings were not helpful to the father’s case. There was no legal argument made in respect of using recordings but Roberts J was willing to listen to the evidence obtained.

So, it appears that it is possible for parents to record events such as conversations with professionals, contact handovers and contact itself. However, doing so must not in any way risk harm to the child, emotional or otherwise. It will also be at the discretion of the court. On balance, when considering trying to admit covert recordings as evidence in Children Act proceedings it needs to be carefully considered whether it will reveal more about the recorder, as per C (A Child), than it does the recorded.

Children abandoned in desert as form of punishment
This site uses cookies. Find out more. Continued use of this site is deemed as consent.   CLOSE ✖