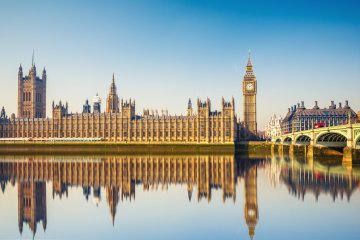 On Thursday 29th April, the Domestic Abuse Bill received royal assent, completing its passage through the Houses of Parliament into law.

Described as a “landmark piece of legislation” by Lord Chancellor Robert Buckland, the bill introduces, for the first time, a legal definition of domestic abuse that aims to go beyond physical violence. Emotional, coercive and controlling behaviour and economic abuse will all be covered under the new definition.

The bill also introduces new protections to the victims of abuse, such as a ban on the perpetrators cross-examining the victims in court, as well as new penalties for a range of offences including non-fatal strangulation.

Announcing the passage of the bill into law, Safeguarding Minister Victoria Atkins said:

“This law will fundamentally transform our response to tackling domestic abuse by providing much greater protections from all forms of abuse.

“I’m grateful for the brave victims and survivors who have inspired this strengthened action and have helped inform this legislation throughout.”

What is included in the bill?

The expanded definition of domestic abuse as outlined in the bill will include controlling and coercive behaviour for the first time. Coercive control is defined as an act or pattern of assault, threats, intimidation or humiliation designed to punish or frighten a victim. While controlling and coercive behaviour was made a criminal offence in the Serious Crime Act 2015, the bill extends the scope of this offence to include abuse conducted after the parties no longer live together, something known as “post-separation abuse.”

A ban on the cross-examination of survivors by the perpetrator

After a campaign led by Resolution, Women’s Aid and The Law Society, perpetrators of domestic abuse will longer be allowed to cross-examine their victims in court. The bill also introduces further measures to prevent intimidation during court proceedings, such as protective screens and the ability for victims to give evidence remotely via video link.

Following a lobbying effort by domestic abuse campaigners, the bill also contains an amendment that makes it an offence to intentionally strangle a person or do any other act that affect’s a person’s ability to breathe. The offence carries a maximum penalty of a five-year jail sentence.

This amendment was designed to clamp down on the “rough sex defence” – a tactic often employed by abusers who attempt to portray acts of violence as part of consensual sexual activity. This tactic was brought into the public consciousness with the case of Grace Millane, who was murdered while backpacking in New Zealand.

Another element of the bill is the introduction into law that homeless victims of domestic abuse will automatically be assigned “priority need” for housing assistance. Despite pressure from campaigners to do so, this priority need does not cover migrant women, who are often at the highest risk of domestic abuse.

The bill also includes a provision to recognise children as victims of domestic abuse if they are aware of abuse occurring or experience the effects. Therefore, even if children are not directly abused by the perpetrator, the effect of witnessing or experiencing the effects of abuse will be recognised. This widened scope was also covered in the case of RE H-N and Others (children) (domestic abuse: finding of fact hearings, which was discussed by Katherine Res-Pritchard, Director of Children Law, here.

The bill also grants the police new powers to enforce Domestic Abuse Protection Notices and Domestic Abuse Prevention Orders. The former is designed to provide victims of domestic abuse with immediate protection, such as requiring the perpetrator to leave the victim’s home for up to 48 hours. The latter is designed to prevent repeat abuse and will compel perpetrators to seek mental health support or drug and alcohol rehabilitation.

RE H-N, Everyone’s Invited and the link between the two
This site uses cookies. Find out more. Continued use of this site is deemed as consent.   CLOSE ✖