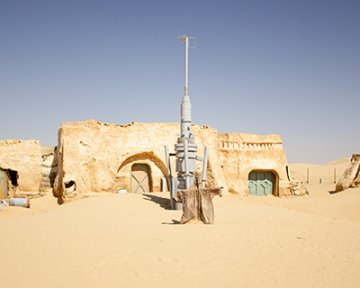 Next to Marvel, Star Wars is one of the biggest ever film franchises, and with at least four more films in the works following the success of The Force Awakens, it may well reclaim its place at the top. Now, on the surface, neither superheroes nor Jedi would seem to have anything to say about issues of family law, but having established that’s not true of the former, I took a look at the latter. I’ve come to the conclusion that there are multiple family law issues addressed both directly and obliquely in the new Star Wars film, so I’m going to tackle it in three blogs, one looking at each of the new main characters. First up is Kylo Ren.

Quick warning: this blog contains spoilers for The Force Awakens so, if you’re yet to see it, stop reading here. Now, the family we have most access to in The Force Awakens is the one comprised of Han, Leia and their son Ben, though Ben’s identity is not revealed until some way into the film. Instead we meet the sinister Kylo Ren, a new Sith and proto-Darth Vader looking to wipe out the resistance and, even more so, his father. We later learn that he is Ben Solo, Han and Leia’s child, who went to learn the ways of the Jedi with uncle Luke Skywalker, before things took a turn for the worse. The details are murky, but it involved the murder of children, and now Ben – or Kylo Ren, as he likes to be called – is under the thrall of the shadowy Lord Snoke.

If you strip away the sci-fi trappings it becomes a more familiar tale, albeit one most of us don’t see in our day to day lives. Had Leia and Han lived on Earth in 2016, they could well have lost their son to a cult. At the time the film takes place, Kylo Ren is over 18, so his parents would have no jurisdiction over him, but what if your child was younger? Well, in those instances, a child’s parent or legal guardian would have the power to remove them from a cult. The real problem comes in cases where parents are not the ones with guardianship over their children – someone in the cult is.

There have been two high-profile cases involving cults and child custody in recent years: Lorin Holm’s battle against FLDS which came to a head in 2014, and Sabrina Broadbent Tetzner’s fight to regain her children which concluded in 2015. In both cases, the parents seeking custody of their children had spouses who were still members of the cult, but they themselves had left. For Sabrina Broadbent Tetzner, the cult was the place where her husband abused her, and leaving him meant leaving the entire organisation – and her children. Fortunately for both Holm and Broadbent Tetzner, the courts ruled in their favour, though it was neither a short nor easy process.

We may think of cults as a uniquely American phenomenon, or something to be used as a plot device in block buster movies, but in 2014 the founder of the Cult Information Centre estimated that there were between 500 and 1000 cults in the UK, and that this figure was on the rise. There is no current legal president in the UK when it comes to cults and child residency, but if one needs to be set then we may find ourselves looking to our neighbours across the pond.

The ethics of cross-border surrogacy
This site uses cookies. Find out more. Continued use of this site is deemed as consent.   CLOSE ✖