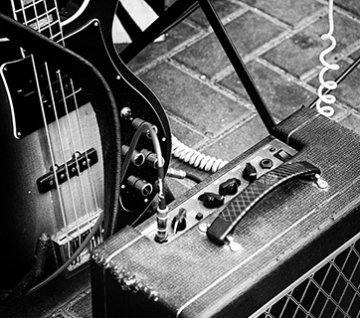 Frances Bean Cobain, daughter of the late rock star Kurt Cobain, is currently fighting her estranged husband Isaiah Silva over who will retain possession of a $1,000,000 guitar originally owned by her father.

The pair married in 2014 but announced their impending divorce in March this year, after 21 months of marriage. However, the settlement process has reportedly taken a nasty turn as Silva has refused to return the iconic guitar used by Kurt Cobain during Nirvana’s 1993 Unplugged set.

He claims that Frances gave him the Martin D-18E – the last guitar the Nirvana front man ever played – as a wedding present. Frances, on the other hand, denies ever giving him the instrument, and has asked him to return the guitar to her.

When approached by TMZ, Frances’s mother Courtney Love responded “It’s a treasured heirloom of the family. It’s not his to take,” adding that Frances would never have given Silva the guitar. She went on to say, of the divorce, that “I’m very glad she’s out of this dangerous and toxic relationship.”

Love and her daughter have also had a troubled relationship, with Kurt’s mother, Wendy and sister, Kimberly being granted temporary guardianship of Frances six years ago after a breakdown in her relationship with her mother. This lead to an estrangement which has only recently ended.

Papers submitted by Frances’s legal team insist that Silva has to right to any of her fortune, the majority of which comes from the $450,000 estate left by her late father. She is, however, open to the possibility of paying spousal support.

New Family Justice Council guide clarifies definition of financial needs on divorce
This site uses cookies. Find out more. Continued use of this site is deemed as consent.   CLOSE ✖