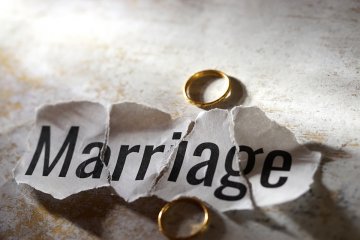 In this case, the parties agreed that they were not lawfully married so the court had to consider whether the petitioner could be granted a decree of nullity. Parties are entitled to a decree of nullity in circumstances where their marriage is either void or voidable.

A non-marriage treats the parties as cohabitees, as if the marriage has not taken place. Although there is no strict definition of a ‘non-marriage’ within case law, where there is failure to comply with the Marriage Act 1949, the ceremony will be a non-marriage.

A void marriage entitles the parties to a decree of nullity under s11 of the Matrimonial Causes Act 1973 and financial remedies under sections 22–24. A non-marriage results in the couple being treated as cohabitees and restricts financial claims to either Schedule 1 of the Children Act 1989 or TOLATA.

The petitioner, ‘Mrs K’, and the respondent, ‘Mr K’, agreed that they were not lawfully married and that Mrs K was not entitled to a decree of divorce. The background facts are of particular relevance in this case, as there was a significant dispute between the parties.

Mrs K was 61 years old at the time of the hearing. In 1972, she underwent an arranged marriage to Mr Z in Pakistan which was terminated by Talaq in 1994, by which time Mrs K was habitually resident in England. Together they also had four children. In 1999, Mr and Mrs K entered into a marriage ceremony at a Shia Mosque in Tooting, South London (‘the 1999 ceremony’). Mr K was still married to Mrs B, though Mrs K asserts that he told her he was divorced. Mrs K was concerned that the 1999 ceremony was invalid from early on: firstly, she was concerned that her Talaq had not been registered at the relevant town council; secondly, in December when Mrs K visited her mother in Pakistan, told her that she was married and showed her the Nikkah, her mother was concerned as Shia Islamic ceremonies permit temporary marriages.

Mrs K’s case was that, upon discovering that the 1999 ceremony may not have been valid, she immediately stopped having sexual relations with Mr K, and did not re-engage in intimate relations until 28 August 2003. This date was significant as Mrs K also told the court that on 15 August 2003, she and Mr K spoke with an Imam in Pakistan over the phone and arranged a marriage contract. The parties flew out to Pakistan and, on 28 August 2003, there was a formal ceremony at a property owned by Mr K, called WH.

Mr K submitted that the telephone call had not taken place and that neither he nor Mrs K attended a formal ceremony. In fact, he stated that Mrs K had never visited WH. The court drew Mr K’s attention to the marriage deed, which bore his signature and his thumb print but Mr K claimed that there had been a forgery.

Findings on the facts

Mr Justice Francis stated that Mr K had a high hurdle to overcome if he was alleging fraud. In hearing the evidence and weighing up the facts as presented by the parties, the judge had the following observations:

In considering the respective cases given by Mr and Mrs K, the judge held that he had “no hesitation, where there are issues of fact between them, in preferring the evidence of the petitioner over that of the respondent”. The judge was therefore satisfied that the phone conversation did take place with the Imam and that Mr and Mrs K attended a marriage ceremony on or about 28 August 2003 at WH which purported to effect the contract of marriage between them and that a Nikkah document was formally signed in the presence of witnesses.

However, the Nikkah had not been registered and it was also likely that Mr K was still married to Mrs B.

The judge held that Mrs K honestly believed that Mr K was divorced and that, from on or about 28 August 2003, she was lawfully married to Mr K. The judge was satisfied that Mrs K “did not in any way appear to… be capable of the sophisticated fraud which the respondent alleges” and that her case remained consistent throughout proceedings.

The question of the marriage

It was common ground that the events of the August 2003 ceremony did not create a marriage recognisable in England and Wales. The judge had to consider whether Mrs K was entitled to a decree of nullity in circumstances where the case involved potential polygamous marriages and bigamy.

The judge took the view that the starting point was Rampal v Rampal (No. 2) 2 FLR 1179, in which the key point arising was the clear confirmation that an actual bigamist marriage was not itself a bar to the relief that the petitioner seeks. Counsel for Mrs K submitted that it was possible to distinguish Mr and Mrs K’s case from Rampal, as the fact that the marriage may have been potentially polygamous was not a bar to the relief Mrs K sought.

In considering the legal effect of the August 2003 ceremony, counsel for Mr K relied on Dukali v Lamrani EWHC 1748, particularly the reference to non-marriages. The judge considered that the key passage to consider was para 26.

The judge ultimately held that “the fact that the parties intended and believed that this was a valid ceremony of marriage are highly material when I decide this on a case by case basis, I am completely satisfied that the petitioner is entitled to the decree of nullity that she seeks.”

The stakes are often high for parties seeking a decree of nullity: if the petitioner is successful, they are able to make an application for financial relief, if they are unsuccessful, their financial claims as a spouse fall away and they may seek recourse under TOLATA or Schedule 1 of the Children Act 1989.

K v K makes for particularly interesting reading as the parties are so polarised in their recollection of the facts. This case serves as a useful reminder that the court will look to the intention of the parties at the time of the ceremony when deciding whether to award a decree of nullity.