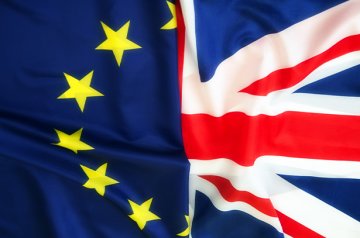 A number of key legal practitioners gave evidence on 20 December 2016 to the Justice Committee’s inquiry on the implication of Brexit on the justice system. It is reported that they say Brexit will not only cause major issues in divorce and other family law proceedings, but also will adversely affect international families who live in the UK and expat families living in the European Union.

Philip Marshall QC, chair of the Family Law Bar Association, and Dr Ruth Lamont, Senior Lecturer in Family and Child Law at the University of Manchester, gave evidence to the committee. Daniel Eames gave evidence on behalf of Resolution to the Justice Committee. He said:

"Brexit is going to have a huge effect on family law, especially for those families whose parents are of different EU nationalities. In 2015 some 27.5% of children born in England and Wales had a foreign mother. There will also be implications for British expat families living in the EU unless agreements are reached to protect them. “At the moment, a divorce granted in England (and Wales) is automatically recognised everywhere in the EU (except Denmark). If the EU divorce regulation, known as Brussels IIa, no longer applies then the English Court will have to decide whether it, or a competing EU jurisdiction, is the most appropriate forum. "This will be expensive and complex for the litigant and it also means that there is no guarantee that the English order will be recognised in the other EU state. There could also be cases where there are conflicting decisions. "Theresa May’s proposed Great Repeal Bill doesn’t work for family law as it requires reciprocity as other EU states won’t give precedence to our proceedings if they are issued first in time and won’t recognise our judgments. At the same time we will be stuck with some of the limitations of EU law without any of the benefits. "We could also potentially lose laws which help with the recognition of domestic violence orders in other EU states and with the automatic enforcement of children orders and maintenance orders made by consent. "The government needs to negotiate new agreements with the EU. If it does not then Brexit will have a huge effect on international families living in UK, not to mention the already under-resourced family courts and a whole generation of family lawyers who have only ever known EU regulations."

It is clear that many eminent legal practitioners have grave concerns about the impact of Britain’s exit from the European Union on family law and its practitioners. Whether or not there is anything that can be done to lessen its impact remains to be seen. The committee is due to publish its report in due course.

The late Zsa Zsa Gabor on love and marriage
This site uses cookies. Find out more. Continued use of this site is deemed as consent.   CLOSE ✖