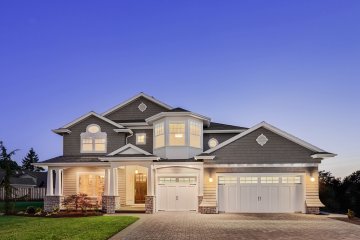 The recent Supreme Court case Birch v Birch UKSC 53 raises questions about when it might be appropriate to release litigants from undertakings where this is tantamount to a property adjustment order.

On separating, the husband and wife reached agreement as to financial remedies on a clean-break basis, formalised by a consent order signed in July 2010.

The husband’s interest in the former matrimonial home was transferred to his wife and in return he was to be released from the mortgage repayments. The wife promised in an undertaking that if the husband has not been released from his mortgage covenants by 30 September 2012, she would sell the house.

The following year the wife sought to vary the undertaking, explaining that she had not been able to make either of her siblings guarantors as she had hoped, or get a job herself. She argued that her children were in fine schools in the local area and that it would be "gravely damaging" for her children to move while "still at school". She wanted to postpone her obligation to free her ex-husband from mortgage repayments by moving the sale of the home from the 30 September 2012 to 15 August 2019, the son’s 18th birthday.

The husband countered by contending that the court had no jurisdiction to hear the wife’s application. He claimed that the undertaking was equivalent to an order for sale s.24A MCA, and citing Omielan said the court has no jurisdiction to vary an order to sale where it relates to revisiting the ’territory’ of a property adjustment order that it supports.

Hearing the case in January 2014, DJ Chesterfield agreed with the husband’s argument, ruling that the court had no jurisdiction to vary the undertaking and dismissed the wife’s application. On appeal to the Hugh Court, HHJ Waller CBE upheld this conclusion.

When the case reached the Court of Appeal the following year, McCombe LJ found that jurisdiction existed in a technical and formal sense but to a very limited degree. Citing (Mid Suffolk DC v Clarke ), the judgment explained that this jurisdiction extended to enforcement, implementation and procedure. The court could not, they argued, exercise jurisdiction if variation would result in an entirely different outcome from that intended by the original order.

As the wife’s application was contrary to the objectives of the original order by maintaining the ex-husband as a co-mortgagor, it was found that there was no basis for the exercise of jurisdiction.

The wife appealed and when the case reached the Supreme Court for the third appeal, the wife had only two years left to secure postponement.

Supreme Court Judgment Issue 1: Does the court have jurisdiction to hear the wife’s application?

The Supreme Court held that there was jurisdiction, but that the lower courts had fallen prey to a "conceptual confusion", and failed to correct the wife’s application to vary the undertaking. Lord Wilson emphasised that a court "has no power to impose any variation of the terms of a voluntary promise" and rather the litigant should apply for a release along with an offer of a new undertaking.

Ultimately the Supreme Court rejected the Court of Appeal’s initial premise, based on Omielan, that jurisdiction was restricted to the sale of property order and could not touch the property adjustment order, because these two territories are too closely interlinked.

Issue 2: Should the jurisdiction be exercised?

When considering whether jurisdiction should be exercised, Wilson LJ noted the guidance offered in Mid Suffolk DC v Clarke , noting that it would generally require a significant change in circumstances to justify a variation. Similarly a sale of property order, equivalent to the wife’s undertaking, is variable, but would require a significant change in circumstances.

The wife’s appeal was allowed in a majority decision and remitted for another hearing about the sale of the house.

Lord Wilson noted that "in retrospect it is unfortunate that the court acceded to the jurisdiction request". The wife’s "ambitious" proposal to obtain release from her undertaking and retain her ex-husband as a co-mortgagor was inadvertently permitted insofar as he remained as such during the years of litigation involved in this case.

The decision was notable because it overturned Omielan in establishing that the jurisdiction to vary a sale of property order is not limited to issues of enforcement, implementation and procedure.

This greater liberty is tempered by Wilson LJ’s emphasis on the change in circumstances which necessitates the variation. However it raises questions about what this might mean for clean-break provisions.

Where all financial claims are dealt with and there is no ongoing maintenance or support payable.

An order sealed by the court setting out an agreement by the parties.

An order that a property or shares be sold and the proceeds directed as ordered by the courts.

An order transferring ownership of a property between parties.

Legal promise made during proceedings that can be enforced by the court.
“Ayesha Vardag - Britain’s top divorce lawyer.”

Simon Sugar, barrister at 1 Garden Court, on inheritance claims and the Family Bar
This site uses cookies. Find out more. Continued use of this site is deemed as consent.   CLOSE ✖