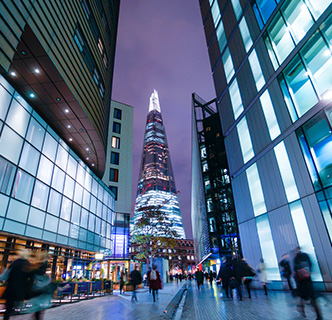 Ms Estrada sought a global provision of £196.5m, the major components being £62.8m for her London housing fund and £127m capitalised maintenance, which relying on the decision in Cowan v Cowan EWCA Civ 679, Fam 97 included financial provision for her parents and grandmother because Dr Juffali had historically taken responsibility for their expenses.

Ms Estrada set out her much discussed “needs” at £544,430 per month. A summary of which is set out in the judgment but included £85,087 per month for clothes and accessories and £11,502 per month in beauty treatments, as well as an annual provision for Wimbledon tickets at £28,000.

Dr Juffali sought to pay his ex-wife £17m, which took into account her own wealth of £20.2m. The parties were therefore some £150m apart.

It was Dr Juffali’s case that £20m was sufficient to meet the needs of any 54-year old woman, particularly in circumstances where all of their child’s costs were being met by him in the sum of £150,000 per annum. Dr Juffali also sought to make reference to the figure he had paid to his first wife, which was for £40m (although Ms Estrada claimed that the figure was significantly higher).

In reaching her decision Roberts J said that the court could derive “little assistance” from the assertions made by Dr Juffali as to what his first wife had been awarded and that it was “entirely appropriate in all the circumstances for this court to make an order for financial relief in favour of the applicant”. However, the court did “not propose to make provision in its award for the applicant’s extended family” on the basis that Ms Estrada could chose to fund them from her settlement if she wanted to.

Roberts J rejected Ms Estrada’s £62.8m London housing need claim and awarded her a fund of £18m, explaining that she was not entitled to like for like with Dr Juffali’s London home. Roberts J also rejected Ms Estrada’s need for a second English property and associated running costs, stating that the court “did not accept that it is realistic in the confines of a Part III application to include either capital or income provision for a second home in the country”. Roberts J further told Ms Estrada that she could downsize her Beverley Hills mansion saving her in the region of £6m.

Roberts J ruled that Ms Estrada was entitled to keep her vast jewellery collection worth £4.83m “for the purposes of her personal adornment”. The parties were invited to divide all other possessions amongst themselves.

Ms Estrada was therefore awarded £53m. This sum included her London housing fund and the capitalised Duxbury award, less a contribution of £8.97m from her own resources.

Whilst many newspapers have remarked negatively on the size of Ms Estrada’s award, in her judgment, Roberts J stated that “the figures have emerged clearly from a carefully considered and objective view of what this particular applicant in the circumstances of this particular case needs in terms of adequate financial provision for her future”.

Kurt Cobain’s daughter in divorce feud over late father’s guitar
This site uses cookies. Find out more. Continued use of this site is deemed as consent.   CLOSE ✖