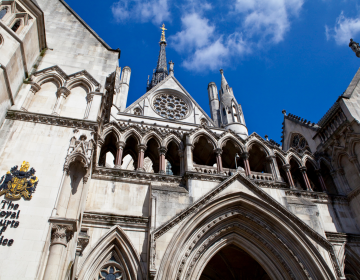 Sir James Munby, sitting in the Court of Appeal, upheld the decision of a Deputy High Court Judge to return three children to Hungary despite their objections and the mother’s fear of financial and emotional bullying by their father.

The appeal was from a decision by Mr Nicholas Francis QC (sitting as a Deputy High Court Judge on 2 February 2016) ordering the children’s summary return to Hungary as their initial removal was unlawful. The mother removed the three children (L aged 14, F aged 6, and G aged 4) while divorce proceedings were in progress in Hungary.

The father initiated proceedings under the Hague Convention 1980 on 23 November 2015. The mother’s defence was that (article 13) L and F objected to returning to Hungary as they liked their life in the UK. Also, (article 13(b)) that to return them would “expose them to physical or psychological harm or otherwise place them in an intolerable situation,” as the father had exhibited controlling and emotionally abusive behaviour towards the mother and lack of support for the children (allegations denied by the father).

The children, L and F, were interviewed by a Cafcass officer on 18 January and 1 February 2016 respectively. The final hearing took place on 2 February 2016 before the Deputy Judge who, in an ex tempore judgment, rejected the mother’s article 13 (b) defence. He then found that both children did object to being returned to Hungary. However, using his discretion ordered their return by 19 February 2016.

The mother subsequently applied on 16 February to the Court of Appeal for permission to appeal against the order. Black LJ granted a stay of the order and permission to appeal on 18 February 2016. The appeal was then heard before Sir James Munby and Lady Justice Arden on 26 May 2016 (judgment handed down 9 June).

The grounds for the appeal were that the Deputy Judge had suggested that his “hands were tied” and had ordered the children’s summary return to Hungary. However, in the judgment of Baroness Hale in Re M (Children) (Abduction: Rights of Custody) , which was referred to by the judge, the courts in fact have a wide discretion. He “misdirected himself” and therefore “failed to conduct a proper discretionary exercise at all.”

In addition, Counsel for ‘L’ considered that the judge had based his decision on an “inadequate and unduly narrow range of considerations” and should have considered and given greater weight to:

The mother had admitted to unlawfully abducting the children from Hungary, which had jurisdiction to deal with any issues arising as to the care arrangements for the children. However, she had struggled in Hungary after separating from the father and was forced to move. She had a strong fear of descending into poverty if returned to Hungary and subjected to prolonged litigation.

Sir James Munby considered that the courts need to be quicker to change in this regard and allow children to participate in proceedings or at least be heard through some method. The Family Justice Council issued Guidelines for Judges Meeting Children who are Subject to Family Proceedings in April 2010 and Guidelines in relation in relation to children giving evidence in family proceedings in December 2011. These guidelines followed from Baroness Hale’s judgement in Re W (Children) (Family Proceedings: Evidence) that there was no longer a presumption against children giving evidence in family proceedings.

Sir James Munby considered that the Deputy Judge gave clear reasoning for the exercise of his discretion and ordering the children’s return to Hungary. He further noted that each of the points raised by L’s Counsel was considered by the judge as they were clearly referenced in the judgment, and the judge had made no misdirection in terms of the law.

“No error of fact has been identified in the judgment of the Deputy Judge. Nor has any error of law or principle. The Deputy Judge took into account all the relevant factors and attributed to them…such weight as he thought appropriate in the circumstances.”

The father gave undertakings to the court (which were inserted into the appellate order) that if the mother allows direct contact in Hungary with the children, he will not enforce the Hungarian interim custody order, and will lodge a consent order for interim arrangements with the courts.

Repeat removals of children: breaking the cycle
This site uses cookies. Find out more. Continued use of this site is deemed as consent.   CLOSE ✖