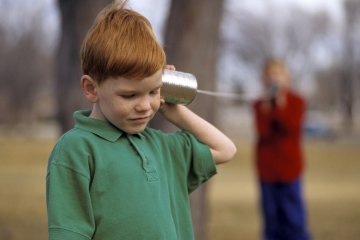 In the protracted case of Q v R, Her Honour Judge Vincent was torn between the wishes of two children not to see their father and the obvious benefits of promoting a healthy paternal relationship. The mother was deemed to have cultivated and rehearsed a narrative portraying the father as harmful to their two boys, aged 8 and 12. Ultimately, Judge Vincent ordered indirect contact with the father despite the conclusion that such a move would be “a grave injustice on the father and boys”.

This judgment is an example of just how complicated cases involving children and recalcitrant parents can be for the courts. Blame can be apportioned to the father who abused his wife in 2007, resulting in the need for facial reconstruction, which contributed to the “toxic atmosphere” for his boys. However, the mother, who then lived with the father for a further three years, began a campaign to turn her children irrevocably against him. She forged stories of historical abuse, disregarded the opinions of experts, and took every opportunity to suspend contact orders when issued. HHJ Vincent’s judgment duly acknowledges that both parents caused psychological damage to their children.

The dispute was characterised by a recurring pattern of events since August 2012 when the real difficulties began. After a period of expert observation, contact would be ordered then swiftly followed by an ‘episode’ involving one or both children. Whatever damage the mother would accuse the father of inflicting on their children, such claims were rarely substantiated, and, as noted by a child psychiatrist, the mother “repeatedly sabotaged contact”. On one occasion, the mother accused the father of shaving the boys’ heads in an act she believed tantamount to physical abuse. The then Judge, HHJ Corrie, deemed them “perfectly nice haircuts”. The mother even denied there being any physical resemblance between her sons and their father.

Many of the early disputes of this case turned on whether the father had in fact strangled one of his sons. Though HHJ Corrie rejected this finding, it was concluded that, in May 2014, the father had “smacked both his children but not so as to mark or injure them”. Nonetheless, one month after the alleged strangling, both boys expressed a wish to spend time with their father. At this stage, HHJ Corrie ordered indirect contact with the expectation that more regular contact would start again within six months.

Contact was not resumed as the mother blocked the father’s attempts to re-establish a relationship with his children. This led to the boys not seeing their father for over two years between November 2013 and January 2016. Upon seeing him again after this period, the children’s guardian observed that “you wouldn’t have known they had not seen each other for over two years.” The boys spent a happy weekend at their father’s house, evidenced by video footage which was supplied to the court. However, in keeping with the established pattern that had preceded the hiatus, after this weekend one of the sons returned to his mother with a fractured foot. Though there was nothing to suggest that the father was responsible for this injury, the mother suspended contact. As the family doctor noted in relation to this incident, the mother was “implacably opposed to the father’s contact”.

All those overseeing the case considered the mother’s agenda to turn her children against their father with a narrative of “unremitting negativity” to be contrary to the children’s best interests. Indeed, the father was thought to be fully capable of providing the children with all their daily needs and was certainly not considered harmful to them. The judge, then, was in a tough predicament: order contact against the wishes of the children since those wishes were not really their own but a product of their mother’s false belief system, or order no-contact and risk severing the boys’ relationship with their father for their entire future. Ultimately, the children’s’ belief that their father is potentially dangerous to them appears insurmountable and their wish not to see him carries significant weight. However, as Baroness Hale in Re D (a child) masterfully noted:

“As any parent who has ever asked a child what he wants for tea knows, there is a large difference between taking account of a child’s views and doing what he wants.”

Nonetheless, indirect contact was ordered. Though the mother seems to have got her way despite also being guilty of damaging her children emotionally, when one considers the harm it could cause the children to be forced to see their father against their wishes, HHJ Vincent’s thoughtful judgment seems vindicated. In such circumstances, the ability of the court to pass a truly satisfactory judgment in light of complex past traumas is limited; there is simply no winner when it comes to an intractable contact case such as this.

To read more on the matter of child contact in a context of domestic violence, click here, and here.

A glance at Lady Hale and her impact on family law
This site uses cookies. Find out more. Continued use of this site is deemed as consent.   CLOSE ✖