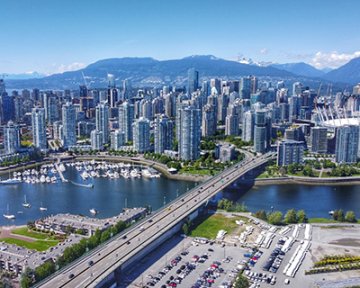 Mr Justice MacDonald, sitting in the Royal Courts of Justice, has ordered the return of two children to their father in Canada after determining that England had not had the necessary jurisdiction when the court granted a prohibited steps order to the mother preventing their removal.

The case concerned two girls, aged 8 and 5, who were removed from Canada by their mother on 11 September 2015 without the permission of their father. The parties, who are both British nationals, married in 2003 and emigrated to Canada in 2014. However, after a serious illness and difficulties with her mental health, the mother removed the children from the jurisdiction of Canada and brought them to the UK.

On the 22 September 2015 the mother issued a without notice application for a child arrangements order stating that the father was in Canada but failing to make it clear that the children were also likely to be habitually resident in Canada. The children had been in the country for 10 days, significantly less that the required 12 months. The application stated that there was no jurisdiction issue, which was clearly false.

The respondent mother claimed that she feared the father would abduct their two girls and take them to Canada “where they have no family support, and he cannot look after them properly,” and they would be at risk of harm. A district judge granted a prohibited steps order preventing the father removing the children from the mother’s care, their school, or from the jurisdiction. This order was then extended on 12 October 2015 at a further hearing stating that the father agreed “in principle”, despite the father actually applying to the court on 9 October 2015 questioning the court’s jurisdiction.

The parties corresponded throughout November 2015 to negotiate a suitable child contact arrangement. Each side made proposals and counter proposals but no solution was reached.

On the 30 November 2015 the father issued proceedings in the Supreme Court of British Columbia for divorce, financial relief and sole custody of the children in Canada (the mother then issued divorce proceedings in England on 10 December 2015). On 6 January 2016 the Canadian Courts granted an order declaring the father to be the Guardian of both children.

On 2 February 2016 the father applied under the 1980 Hague Convention on the Civil Aspects of International Child Abduction for the return of the children to Canada. The mother acknowledged in a statement that she knew the father’s agreement to the children remaining in the UK was entirely contingent on “cooperation in facilitating contact,” and that the initial removal of the children was “wrongful” as it breached the father’s rights of custody and was done without his consent.

At the hearing before Mr Justice Macdonald, the mother abandoned the ‘risk of harm’ element of her defence in light of a Cafcass report presented to the court. The burden was on the mother to then prove that the father agreed to the children remaining in this jurisdiction. The mother claims that the father negotiating contact, and engaging with the English proceedings demonstrate that he agreed to the 12 October order. This was further demonstrated by the father delaying his application to the Canadian courts until 7 January 2016.

The father, in response to the mother’s position, claimed that at all times his agreement to the children remaining in the UK was entirely contingent on issues of contact being agreed. His statements and actions could not be said to “clearly and unequivocally” lead the mother to believe he would not seek a summary return of the children to Canada. In addition, the court never had the jurisdiction to make the orders it did, and the fact that the father was willing to negotiate with the mother over the children’s residence and contact should not be used to establish his acquiescence, as this would discourage other parents from attempting to reach an amicable solution.

The Family Court has jurisdiction to make child arrangement orders due to article 8 Brussels II, and s.2(1)(a) of the Family Law Act 1986 but the child must be habitually resident in England and Wales, and the children’s habitual residence in this case should have been determined at the outset. The district judge had insufficiently considered this issue determining their residence based on the fact that they were (by the time of the hearing) living in England, registered with a school, and the father was aware of their location.

Mr Justice Macdonald considered the mother’s defence to be insufficient, and reviewed previous case law on the issue of child custody and jurisdiction. In particular the judge referred to the observations of Mostyn J in B v B that the “objective of the Convention is to ensure that a child who has been removed unilaterally from the country of habitual residence, I breach of rights of custody, is returned forthwith in order that the courts in that country can decide his or her long term future.”

In addition, the case of Re A (Minors) stressed that a parent who applies for custody in the child’s habitual state is strong evidence of a lack of acquiescence. The case of Re H (Minors) (Abduction: Acquiescence) placed great weight on “the desirability of a negotiated or voluntary return or the amicable resolution of the issues.”Mr Justice Macdonald stressed that it would be an error to deter parents from negotiation.

The judge further agreed that the orders of 22 September and 12 October 2015 were made without the courts having the necessary jurisdiction to do so as the children were not habitually resident in the UK. Therefore, Mr Justice Macdonald ordered the summary return of the children to Canada:

“I am satisfied that the father’s initial position upon discovering that the mother had abducted the children was to seek, by way of negotiation with the mother, their return to Canada. Whilst the father’s position subsequently changed, and did so in the context of his being aware of his rights under the 1980 Hague Convention, it changed to a position that the evidence available to the court demonstrates was always, and was always expressed to be, an entirely contingent one.”

The judge used this opportunity to outline guidance to practitioners advising on child custody and jurisdiction issues, emphasising that there should be extra vigilance when an application is urgent and without notice. He stressed the importance of being open to potential jurisdiction issues particularly when the client has recently arrived in the country with the children, and then clearly making the court aware of the issues so that they can be addressed at the outset.

Palestinian woman forced to divorce ex-detainee to seek cancer treatment
This site uses cookies. Find out more. Continued use of this site is deemed as consent.   CLOSE ✖