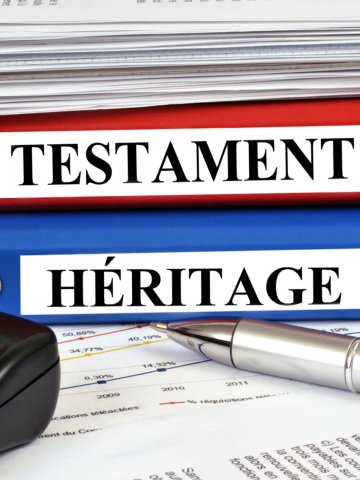 The man who brought rock’n’roll to France, Johnny Hallyday, passed away near Paris last December, aged 74. After the country came together to mourn the national treasure, it has now emerged that he left his entire fortune to his fourth wife, Laeticia Hallyday, resulting in open outcry from his two adult children.

Born in Paris in 1943, Johnny Hallyday (né Jean-Phillipe Léo Smet) is hailed across the Hexagon as the French Elvis. Fondly referred to simply as ‘Johnny’, the star was one of the most iconic faces in the French media in the swinging 60s, alongside the likes of Brigitte Bardot. But, despite selling about 100 million records in his time and starring in numerous films, Johnny Hallyday never broke the English-speaking markets.

On 9 December 2017, nearly one million people gathered in front of La Madeleine to view Johnny Hallyday’s funeral procession, and an astounding 15 million tuned in on TV. Such was the occasion that the French President Emmanuel Macron himself gave the eulogy, welcomed to chants of “Johnny! Johnny!”. Among other moving memories, Macron commented: “for us he was invincible, because he was part of our country”.

However, the public mourning for Hallyday’s death has been disrupted this week by the deepening of a bitter family feud. Tension was already tangible at the funeral where his adult children refused to walk next to his wife and her daughters, but now the rancour is fully in the public eye. It has been revealed that Hallyday’s will leaves his entire estate to his fourth wife, the 42-year-old former model Laeticia Hallyday, with the expectation that on her death this will transfer to their children adopted in Vietnam (Jade, 12 and Joy, 9), thereby completely bypassing his biological children. Hallyday’s wealth totalling approximately €100 million (£89 million) includes rights to records, royalties, a collection of cars and motorbikes, and properties in France, the US, and the Caribbean island Saint Barthélemy.

Hallyday’s 34-year-old daughter by screenstar Nathalie Baye, actress Laura Smet, has announced that she is challenging his will after feeling “stupefaction and pain” that she has been written out of her father’s wishes. Ms Smet wrote an open letter to her late father which makes sorry reading:

‘I found out a couple of days ago that you have rewritten your will to totally disinherit David and me… it was only a few weeks ago that we were having a meal together and you said to me, “so when are you going to have a child?” But what can I tell that child about you, someone whom I have admired so much? … I would have preferred if all this had stayed within the family but unfortunately, in our family, this is how it is.’

In a statement to the press, Ms Smet’s lawyers brought home the hurt caused by the will, emphasising that she received ‘not a guitar, not a motorbike, not even the signed sleeve of the record Laura which was dedicated to her’.

Ms Smet’s half-brother David Hallyday (the child of Johnny and his first wife, singer Sylvia Vertan), has also agreed to counter the will. The 51-year-old musician has been less vocal about the upset this inheritance dispute has caused but will nevertheless be looking to secure his fair share.

The arguments put forward by Ms Smet and her brother revolve around finer points of French and Californian law. Johnny Hallyday drew up a will in France around a decade ago (with perhaps two others preceding this), but rewrote his final version when resident in Los Angeles in the later years of his life. Under French law, his inheritance would automatically be split with three quarters divided equally among his four children, and the final quarter bequeathed to his wife. However, in California, you are not legally obliged to leave inheritance for your children and are free to pick and choose what goes to whom. The half-siblings are claiming that, despite having habitual residence in the US, his will is contrary to the law of the country where he is domiciled and where he built his fortune. Although at this stage it is hard to know how strong their challenge is, two recent cases involving French composers with wills drawn up in California have demonstrated that there is no reason for French law to override Californian law. In preparation for this resistance, Ms Smet has asked her lawyers to “try every point of law” to protect her father’s legacy.

With fame and a funeral of Flaubertien proportions, this overt acrimony is not the way in which Hallyday’s fans want to remember him. But in the face of an increasingly bitter battle over the star’s estate, Mrs Hallyday has remained “calm” and determined to “ensure the work and memory of her husband is respected”. A staunchly French idol, most would presume that la belle France would have jurisdiction in this case, however the French public may be disappointed to find that it is a country where Hallyday’s talent was never fully appreciated which may ultimately have a say over his final wishes.

Fawcett Society criticises failure of UK legal system to support women and girls
This site uses cookies. Find out more. Continued use of this site is deemed as consent.   CLOSE ✖