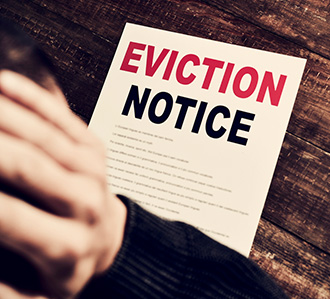 Jo Wood, ex-wife of Rolling Stone Ronnie Wood, won a court battle against her brother earlier this month and he will now be evicted from the home in which he lived for ten years. The house was ostensibly bought for Vinnie Karslake where he has lived rent free ever since, but after the Woods divorced in 2011, Jo was awarded the property which she now intends to sell.

“The house was bought by Ronnie to help Vinnie. It was never put in Vinnie’s name which is what Ronnie would have done if either he or I had intended it to be Vinnie’s ‘home’,” Ms Wood said when speaking to the Daily Mail. Vinnie, however, tells a different story. “As far as Ronnie’s concerned, that’s my house for services rendered, he’s told me that, but unfortunately when they divorced he left Jo all the property.” Mr Karslake was a personal assistant to Ronnie Wood and remains his close friend to this day, claiming that his sister’s move to evict him was motivated, at least in part, by the fact he took her ex-husband’s side during and after the divorce.

Whatever the intention was at the time, on 4th April the eviction was upheld at a hearing at Barnstaple County Court. The judge also ordered Mr Karslake to pay Ms Wood’s legal fees, though she later claimed she had not realised the judge would do so and has no intention of making her brother pay. While Mr Karslake branded his sister’s actions as “incredibly cruel”, as the house is in her name, the court has decided that she has the right to evict him. There is currently no word on whether he intends to appeal, but as it stands this story serves as a cautionary tale for those who believe themselves to be secure in the properties in which they live.

Divorce in history and culture: White v White
This site uses cookies. Find out more. Continued use of this site is deemed as consent.   CLOSE ✖