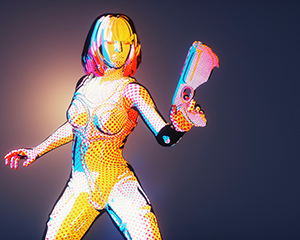 It can hardly be disputed that Marvel films rule the box office. Even after the release of The Force Awakens, the Marvel Cinematic Universe is the highest grossing film franchise of all time.

But does a series that deals with super heroes saving the universe have anything to say about family law? Surprisingly, yes.

Recently Marvel has branched out into TV series as well, with the fourth and latest of their offerings being Jessica Jones, a programme focused on an ex-hero who now works as a private investigator.

Without letting out too many spoilers, the main antagonist of the first season is called Killgrave, a man who has the power to make everyone obey him, and whom Jessica escaped from after spending six months as his romantic partner against her will.

Killgrave is violent, volatile and sees himself as the victim of his own circumstances – traits that are not uncommon in abusers – and can’t seem to decide whether he wants to kill Jessica or win her back.

This is, of course, an extreme example. In the real world mind control powers do not exist, but people still find themselves stuck in relationships with people who abuse them. What Marvel is examining here, intentionally or otherwise, is the “why did she stay?” argument.

The answer for Jessica is “she had no choice” and for a lot of people in the same situation that answer also feels true. Whether it’s due to financial restraints, having nowhere to go, commitment to children or simply because their abuser has convinced them that staying in the relationship is their best or only option, feeling or actually having no choice is a big factor in why people are unable to leave such relationships.

The other side of this is what happens if they do manage to leave, as Jessica did prior to the events of the show. According to the Guardian, 50-75% of women who are murdered by their partners are killed after having left them. With the recent conviction of Jordan Taylor for killing his girlfriend after she allegedly tried to end their relationship, it’s clear that these issues are not just ones that exist in fiction, and no matter how hyperbolic, it does not take a supervillain.

Doing it for themselves: Why I’ll always fight to empower women and children
This site uses cookies. Find out more. Continued use of this site is deemed as consent.   CLOSE ✖